Are you dreaming of a motorcycle trip to South America? We know what places are worth visiting and why

Are you dreaming of a motorcycle trip to South America? We know what places are worth visiting and why

Before you set off on a motorcycle trip to America, you should know what places are worth visiting and why. So, we present our totally subjective, and ridiculously short MotoBirds ranking. Every avid motorcyclist should visit these places in South America, at least once in their life.

Ushuaia – the end of the world

Ushuaia is a city in Argentina, located in Tierra del Fuego. Situated on the Beagle Channel on one side and surrounded by the sharp peaks of Cinco Hermanos and Monte Olivia on the other. Ushuaia is the southernmost city in the world. Further South, there is only Antarctica and the geographic South Pole. It is therefore not surprising that this is from Ushuaia that 90% of expeditions to the South Pole set off.

The first European to reach Tierra del Fuego was Ferdinand Magellan, in 1520. Tierra Del Fuego has nothing to do with fire water – or booze! It comes from large fires lit by the indigenous peoples around which social life focused at the time. The Ushuaia name in the local language means “the bay at the end”.

Ushuaia, inaccessible and isolated from the rest of the country, made it an ideal location for a penal colony. The first was established in 1920. Several prisoners managed to escape in the first years of its operation. The prison was eventually closed in 1947 to prevent further escapes. The building and history of this place, however, turned out to be a magnet for adventure seekers, and the prison even became a tourist attraction. The town gradually grew to a population of approximately 70,000.

It is also worth mentioning that the very first national park established in Argentina in 1960 is also located here. It is the Tierra del Fuego National Park, where you can admire rugged landscapes, high mountains, glacial lakes and crystal-clear waterfalls. 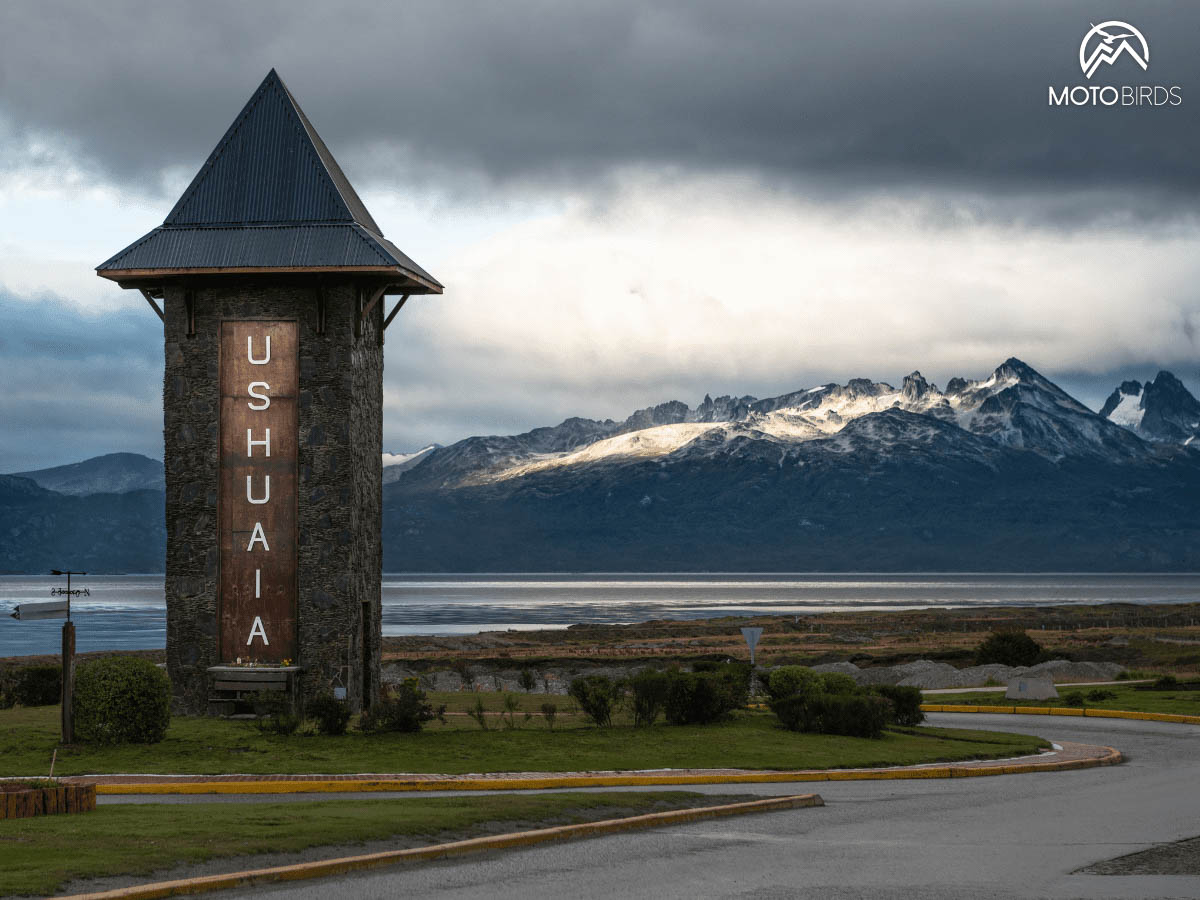 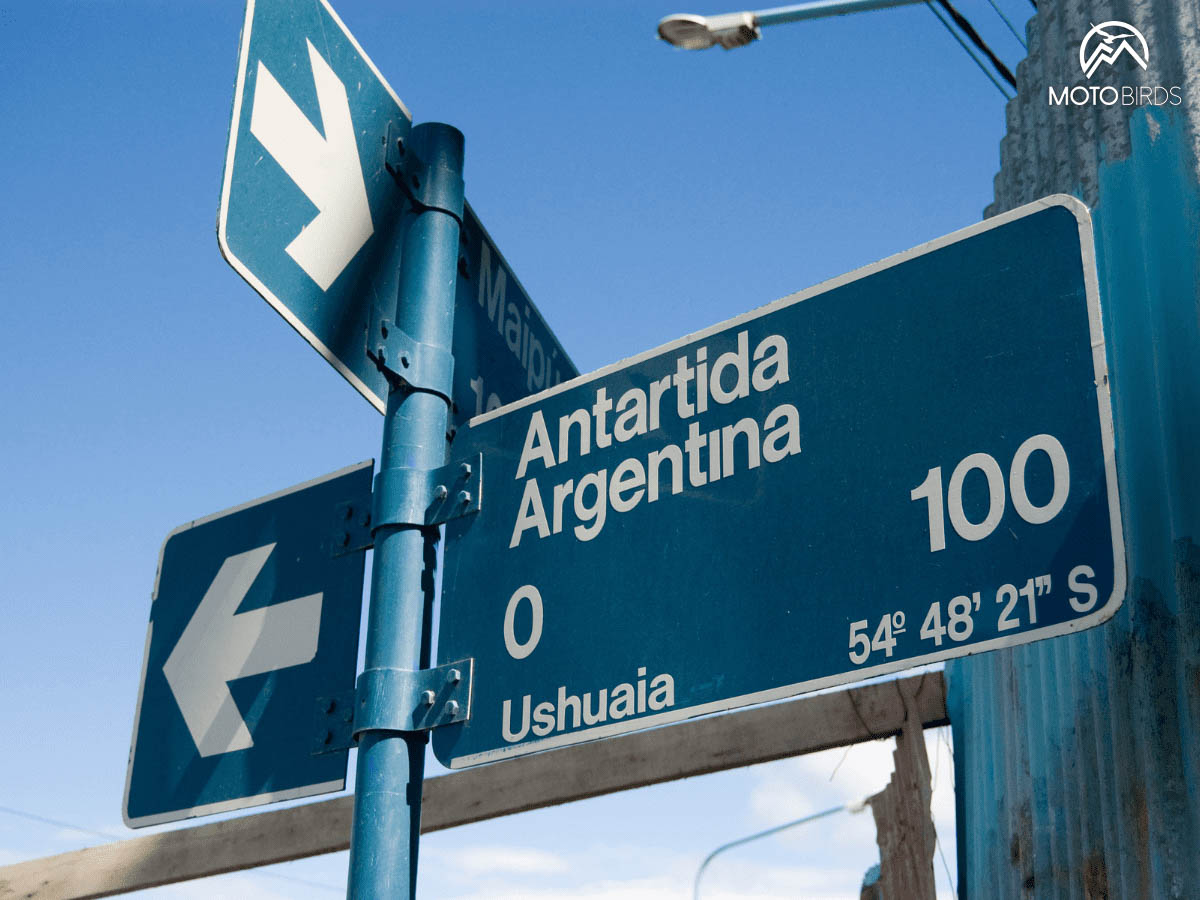 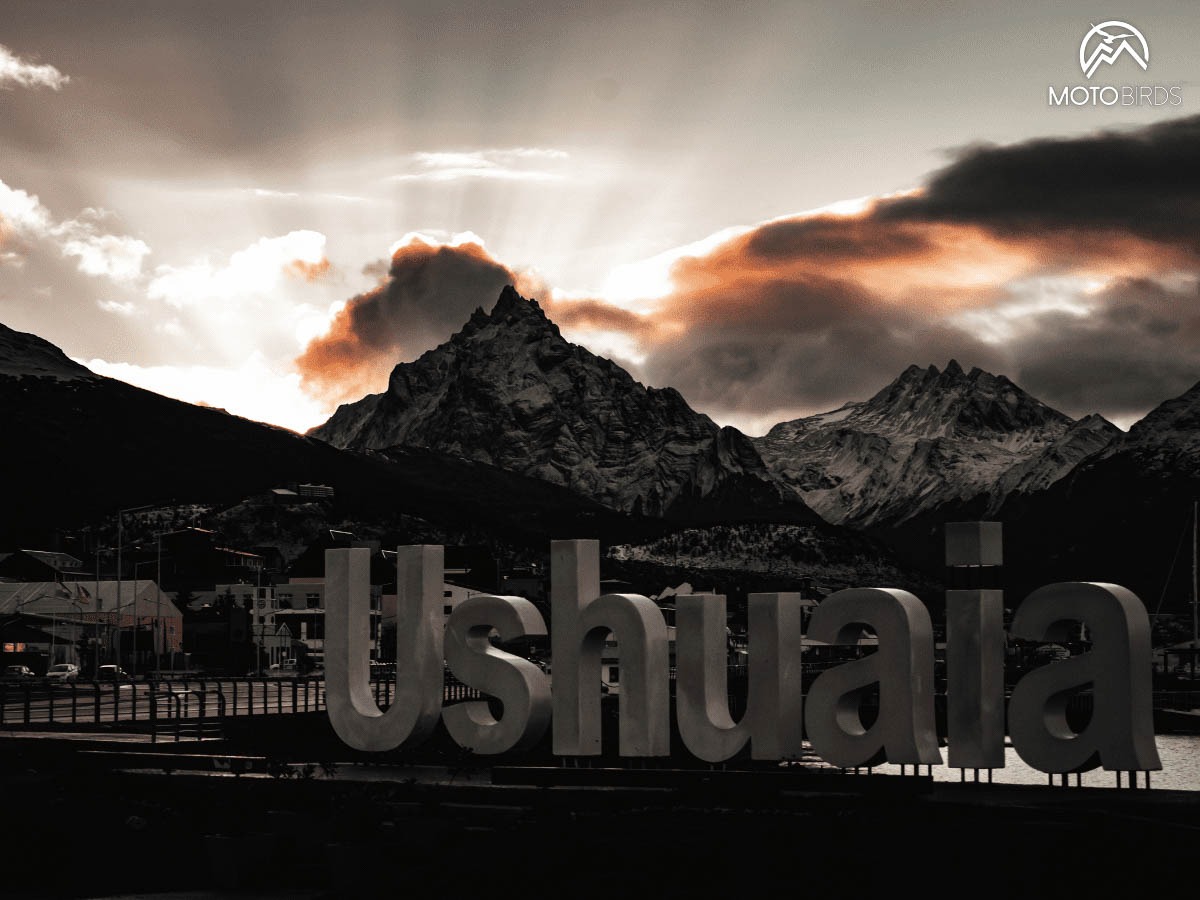 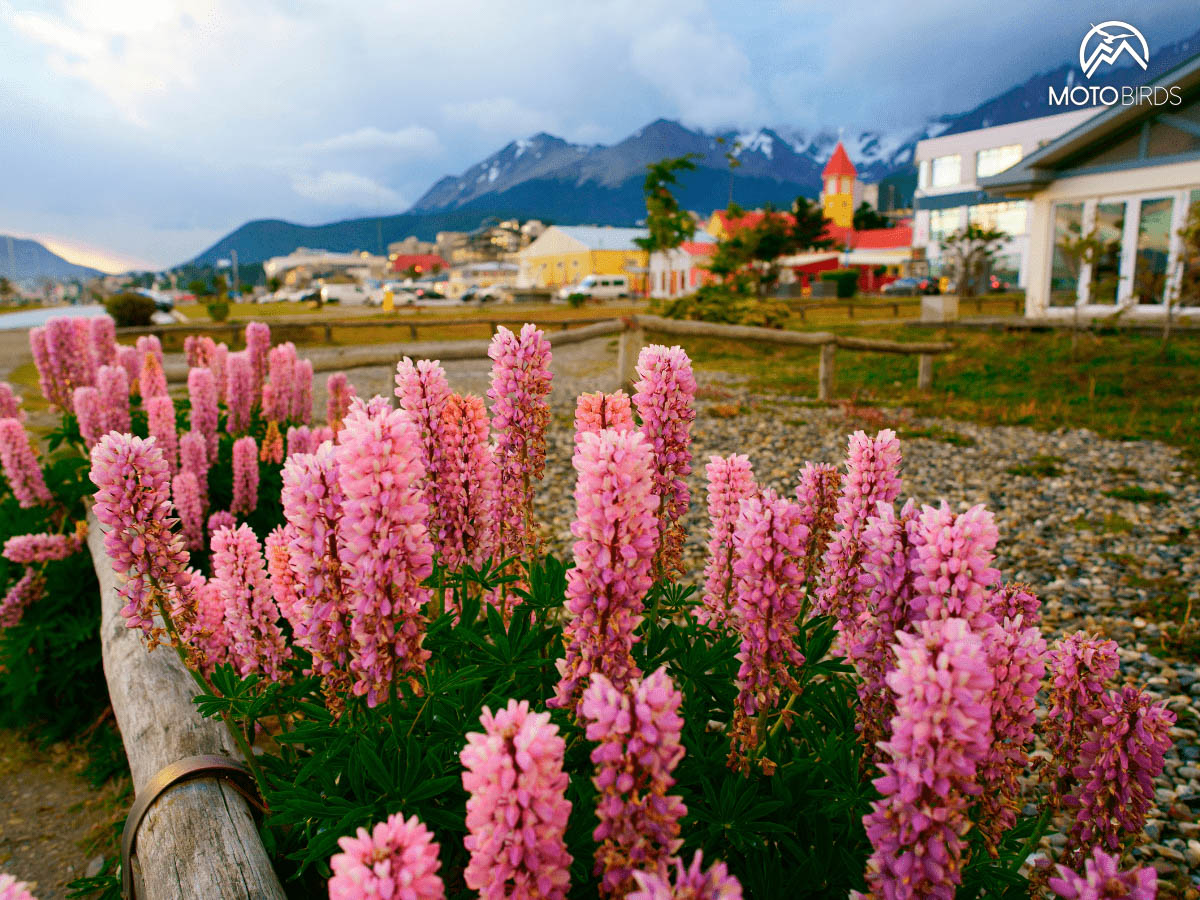 It is one of only places on Earth that is visible to the naked eye from the Moon! The huge, white plain covers an area of ​​over 10,500 km², located in the Bolivian Andes. The Salar de Uyuni is the highest and most extensive salt desert in the world. The salt and other minerals give it its unique color. In addition, the backdrop of high mountains and volcanoes reaching 5,000 meters above sea level, makes the entire area truly exceptional.

The salt layer is hundreds of meters thick and is formed from billions of tons of semi-liquid saline brine. About 20 tons of salt are mined here each year. In this salt desert, there is also the Incahuasi Island (fish island), where you can see cacti, coral reef remains as well as fossils. The Eduardo Avaroa Nature Reserve South of the Salar is known for its unique colored lagunas, hot springs and geysers.

The salt flats are a remnant of a dried out salt lake, and are located at an altitude of 3,653 meters above sea level. During the rainy season, from December to March, a thin layer of water forms above the salt, turning it into a gigantic mirror. The sky and the horizon melt into each other and all sense of perspective is lost. Nothing is limited here, not even the sky. 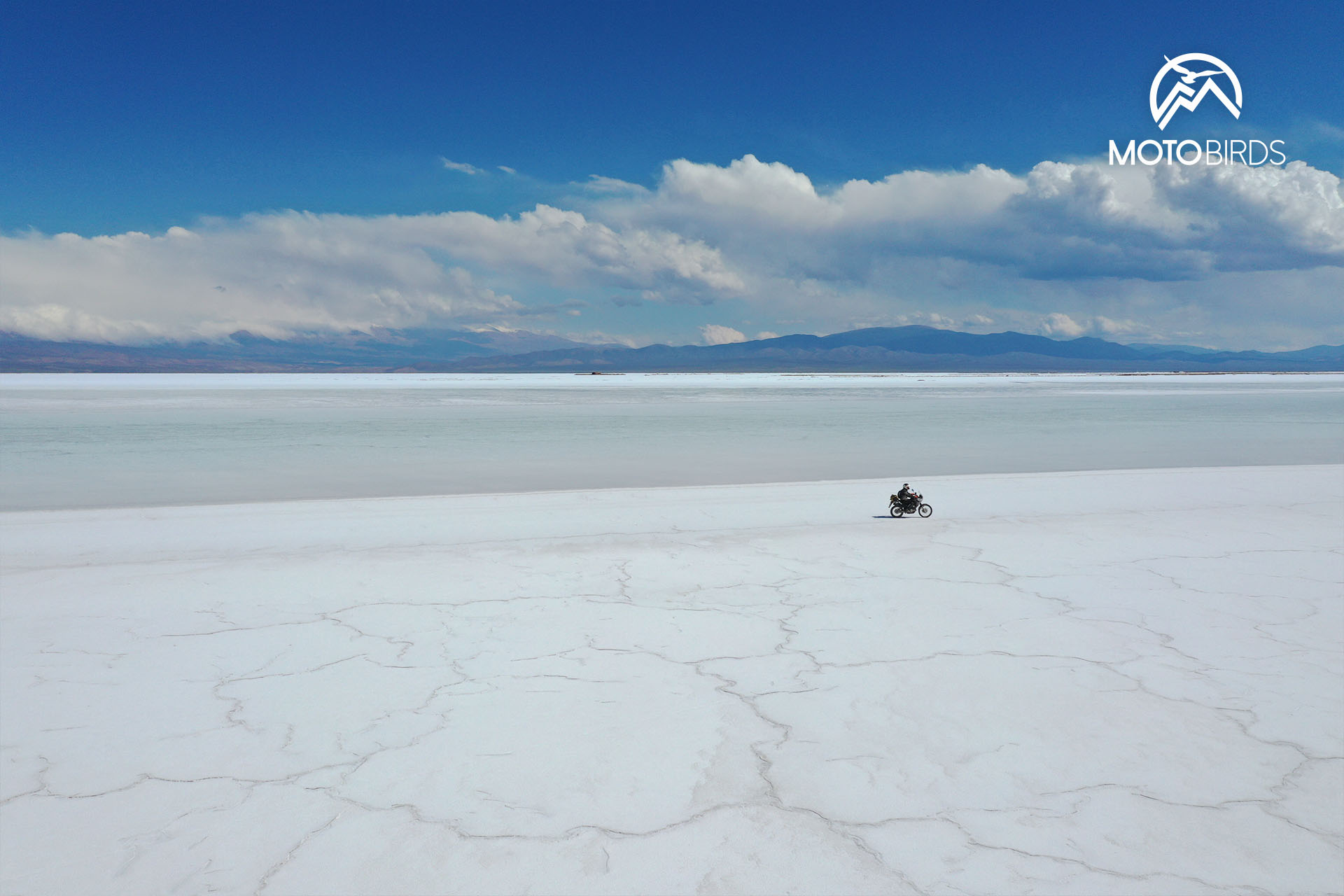 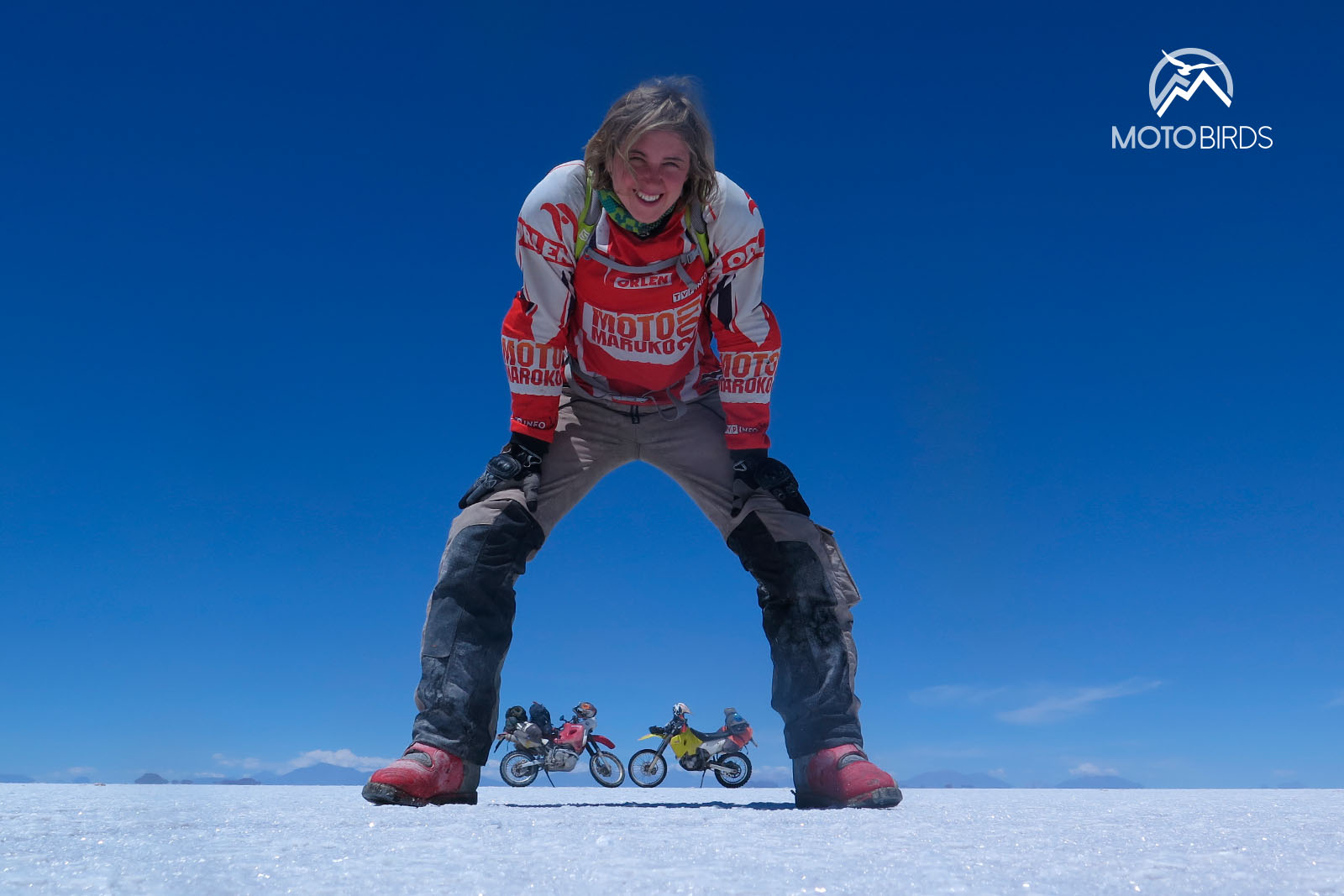 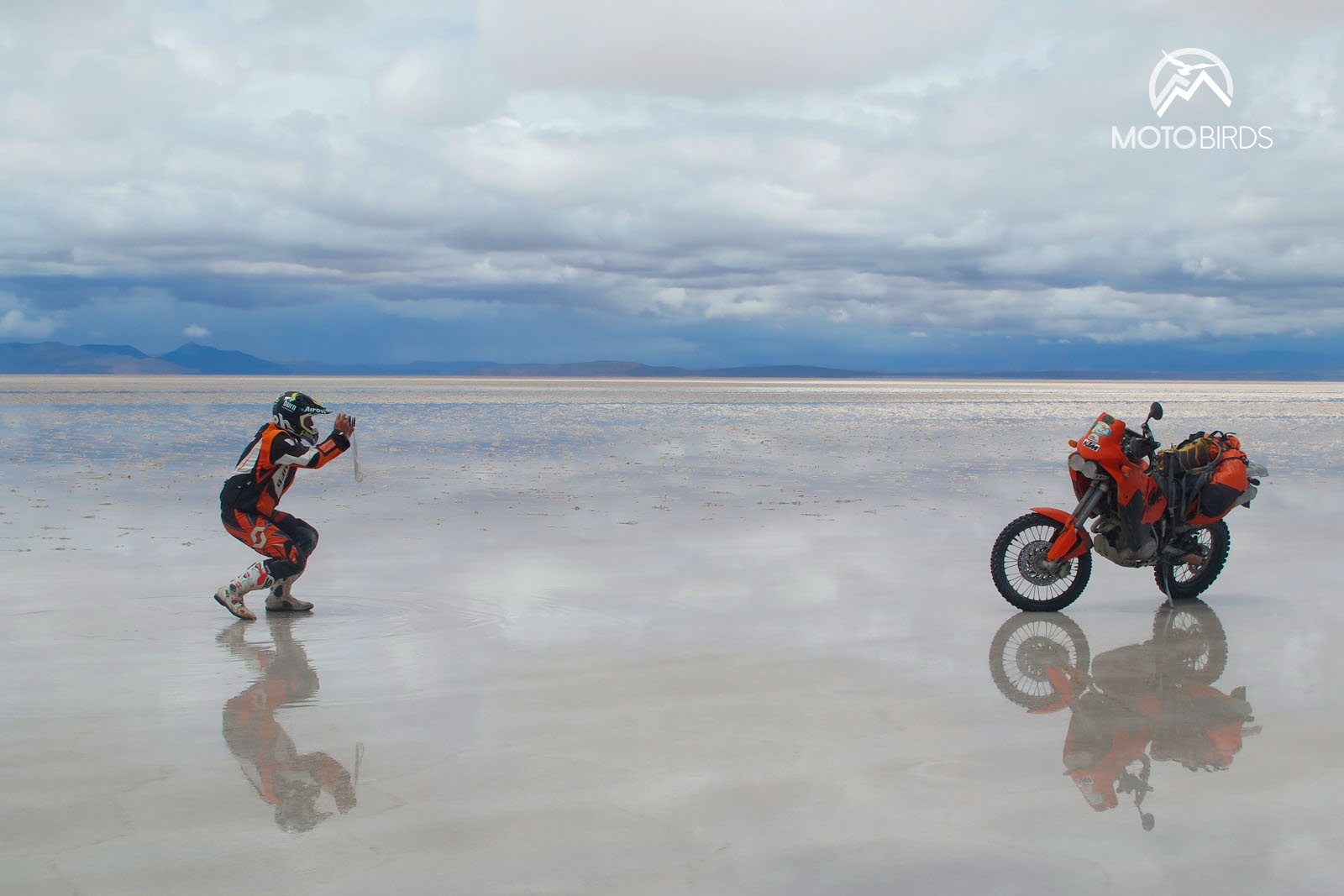 Ruta de las Lagunas – for those looking for riding challenges!

Ruta de las Lagunas on the Bolivian Andes Plateau of Altiplato is a route through a string of colored lagoons inhabited by thousands of flamingos, and surrounded by snow-capped multi-colored volcanoes. This is not a tour for the faint hearted. The heavier the motorcycle, the more difficult it is to make it, due to deep sand, corrugations and altitude.  The weather can also be unpredictable, with fierce storms. If you have reservations about riding in sand, we’re ready to bet you will be a sand riding expert after completing this route.

This area is a National Park with a delicate ecosystem. You must keep the admission ticket, because there are checkpoints on the route. Before setting off on these tracks, it would be helpful to get acclimatized to the altitude. Some trails in the western portion of the Laguna Route will take you above 5,000m.  It’s certainly not an easy route, but absolutely one of our all-time favorites! 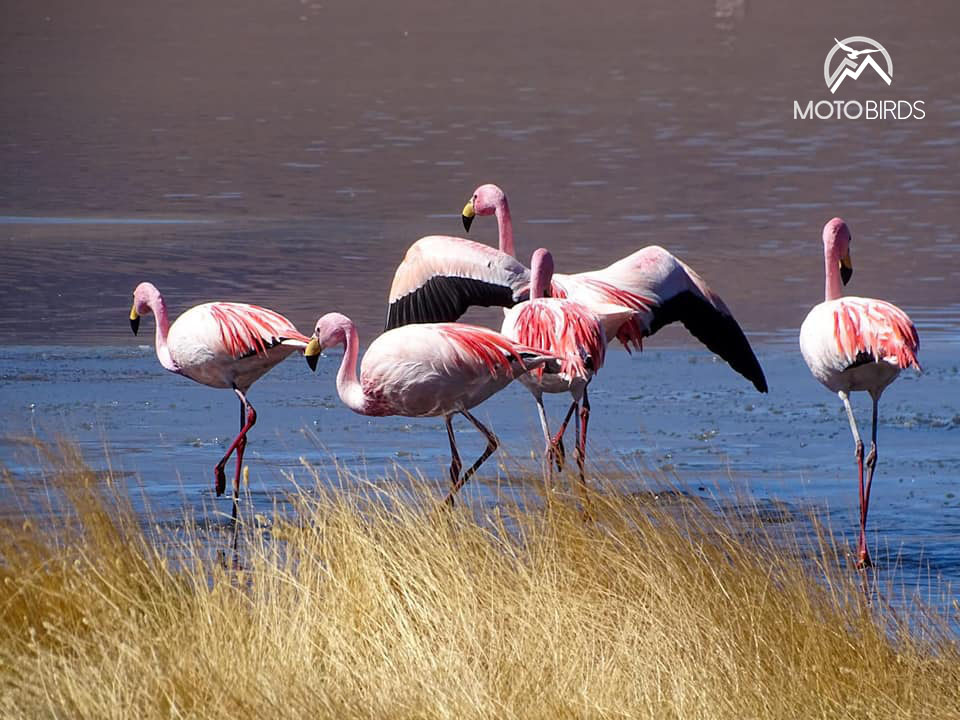 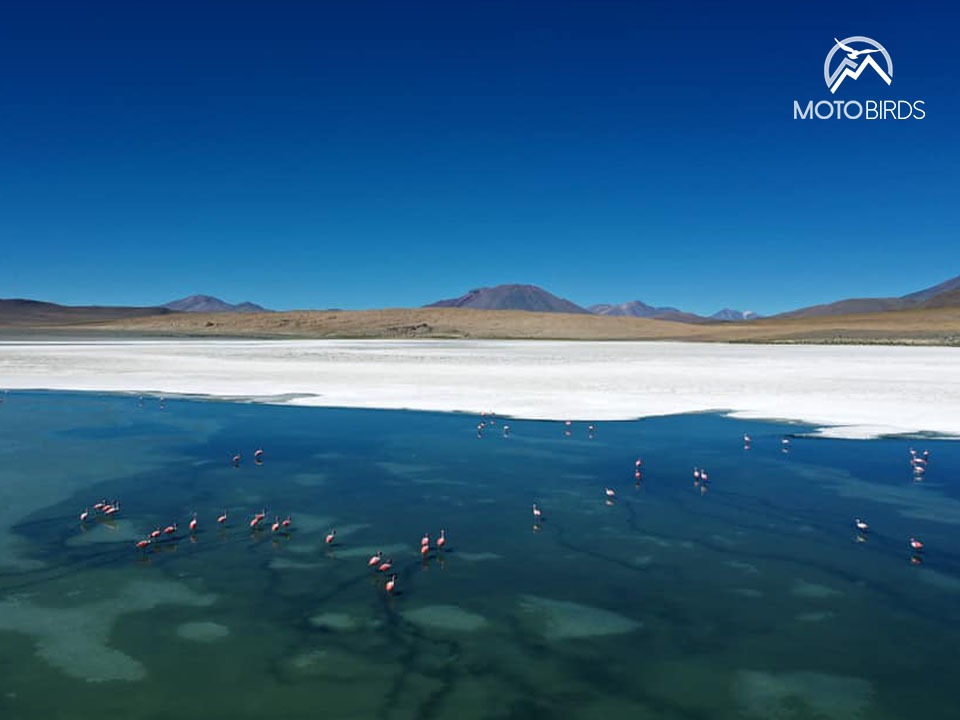 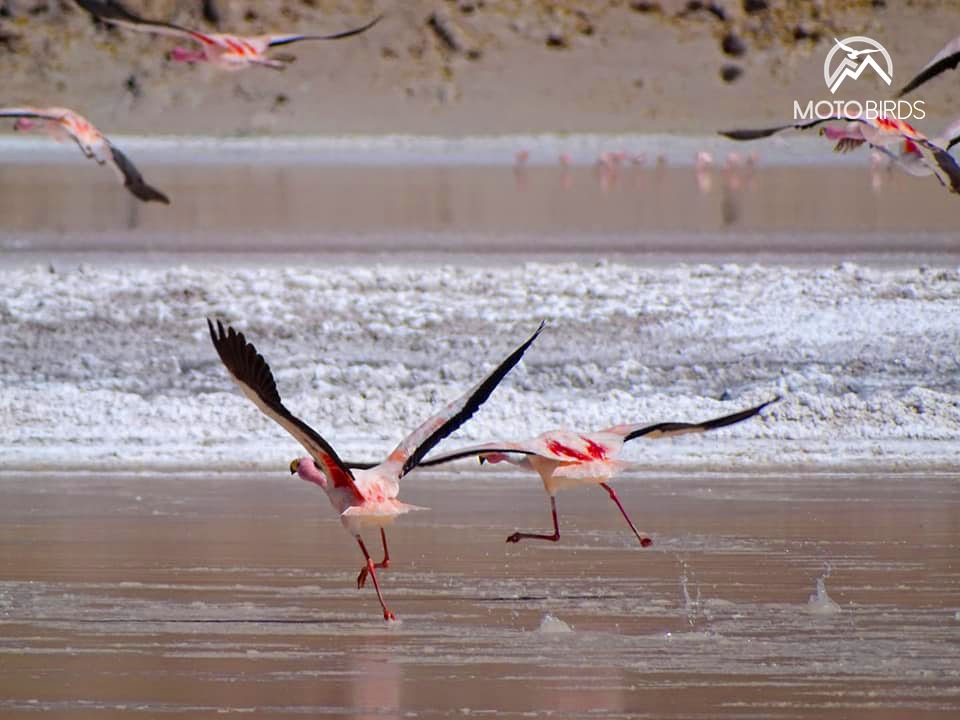 The driest place on Earth is located in the northern part of Chile. We are talking about the Atacama Desert, which stretches over 1000 km along the Pacific. You will not see lush vegetation while following the famous and also the longest road in the world: the Panamericana highway. Nothing green survives, except for lichens that can draw water straight from the fog. The Panamerica Highway crosses 15 countries, and its branches reach another three.

When visiting the Atacama Desert, you have to be prepared for extreme temperature swings. Although it is quite a cool desert, in summer the average temperature is 18 degrees only.  At noon the thermometers can creep up to 50 degrees Celsius. At sunset, in just an hour, the temperature can drop by as much as 40 degrees.

Despite such extreme conditions and locations where the last rains were recorded more than four hundred years ago, humans have inhabited these areas for over 2,500 years. The locals have learned how to obtain drinking water from fog using specially designed so-called harps. These are wooden frames with a spider net of stretched strings causing water to condense.

It is also here that astronomers like to observe the skies due to the record number of cloudless nights and absence of light pollution. Some scenes for the James Bond movie “Quantum of Solance” were filmed here. And by the way… some skeptics believe that the scenes of the Americans landing on the moon could have been filmed in the Atacama. The cult Dakar Rally also used to pass this way. Retracing the Dakar has been one of our great rides in the area! So whatever your kick, it’s worth seeing! 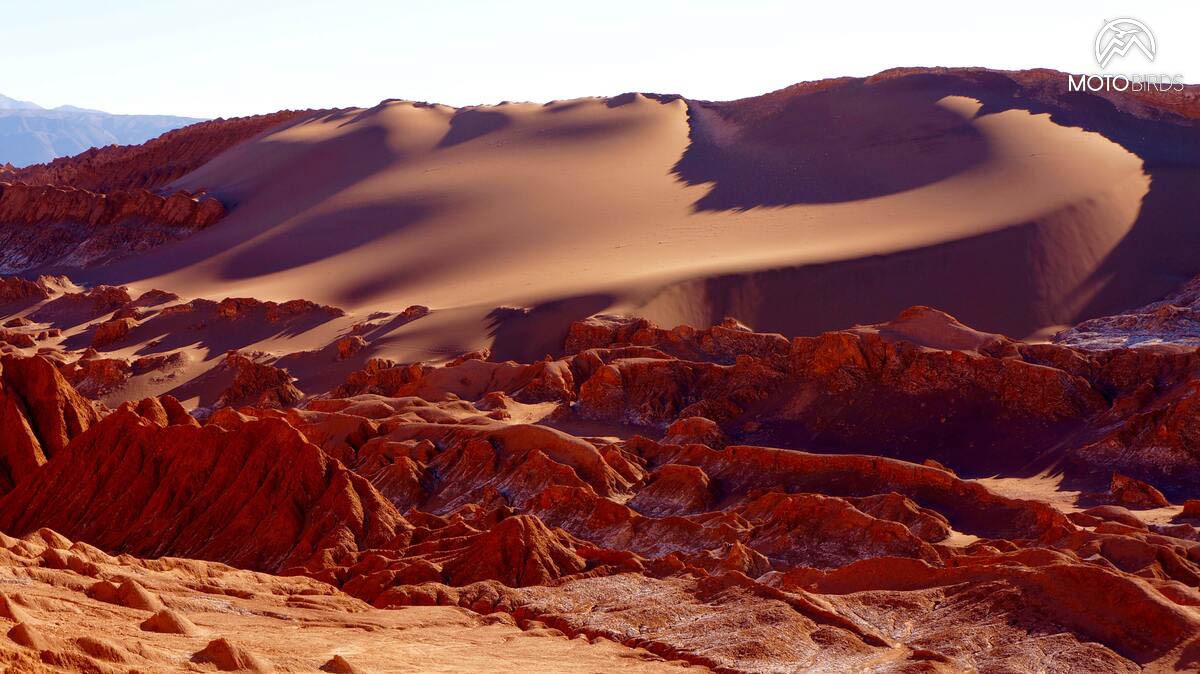 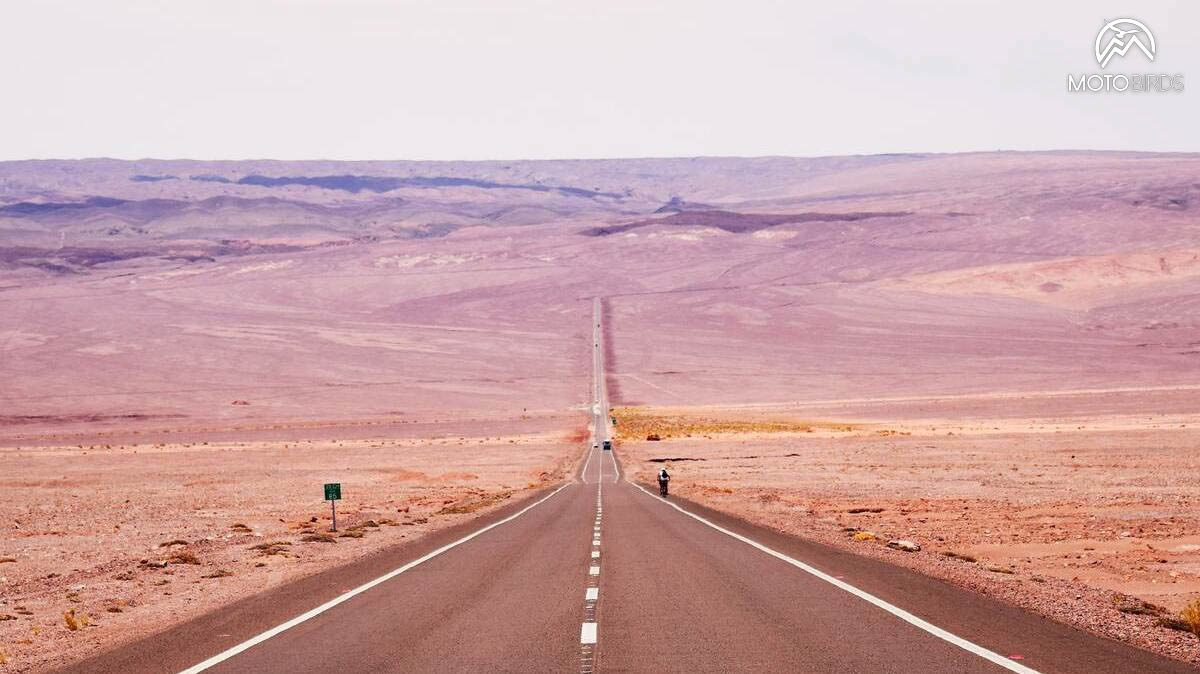 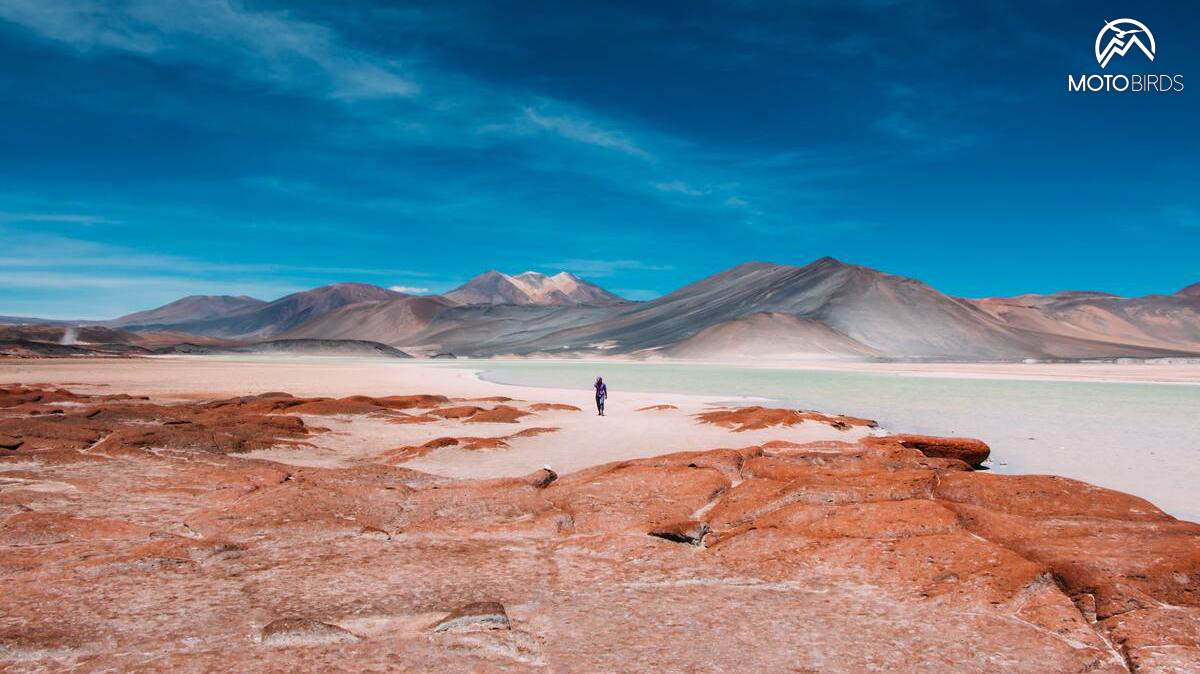 It is a 12-meter high sculpture of a hand emerging from the Atacama Desert, about 100 km from Antogafasta. The sculpture was created by Chilean artist Mario Irarrázabala in 1992. The hand looks as if it were being pulled out by someone buried in the desert looking for help. The sculpture quickly became one of the landmarks of Chile.

Sadly, being in the driest desert on earth at 1,000m above sea level has not protected it from vandals. The sculpture had to be restored twice already to remove graffiti.

The other sculpture created by the same artist was created 10 years earlier on a Uruguayan beach. It was intended to serve as a warning against the dangers of the treacherous ocean waters. Unfortunately, vandals also found their way to it… 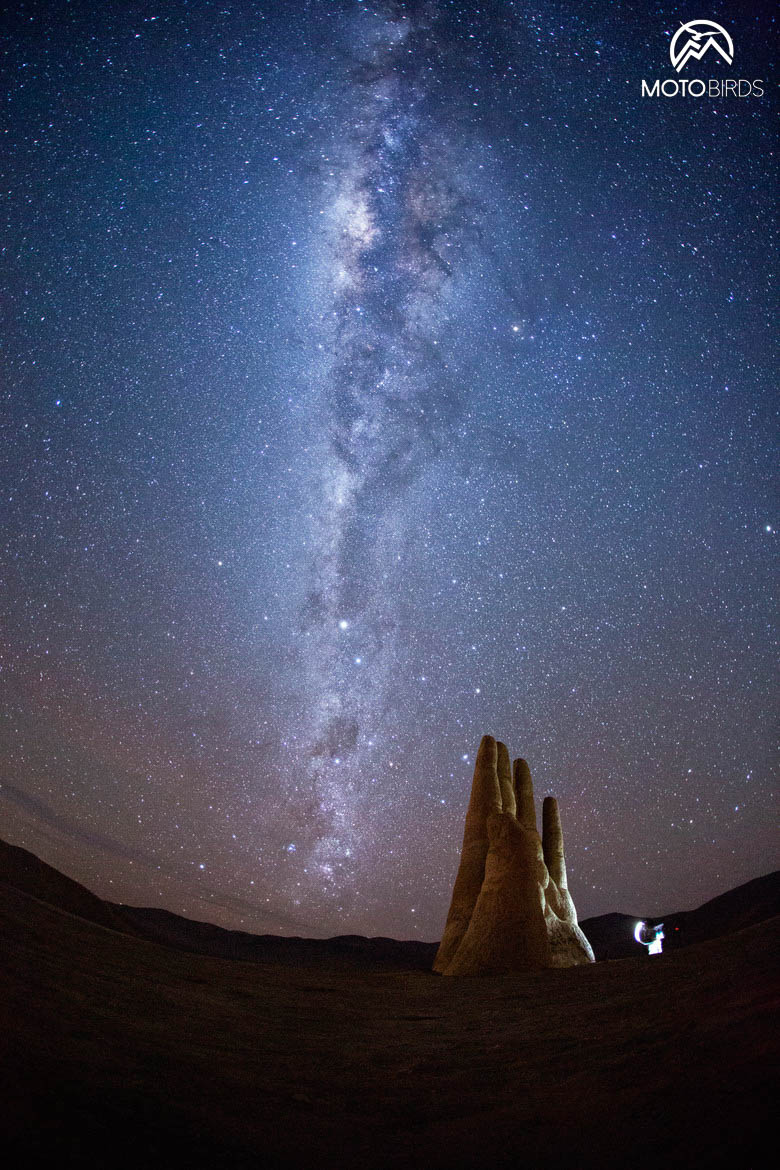 Possibly you already knew what places are worth visiting and why?

We showed you great places worth visiting. We also hope that we also showed you why you should see them. The MotoBirds team has been to all of them. Traveling there certainly changed our view of the world. Maybe it’ll do the same for you?

Yes, we know, these are places where tourists come. Without bragging about it, the side effect of planning trips locally is that we have our tricks to avoid the crowds. Usually effective. Yes, we have experience in traveling on motorcycles and do not hesitate to use it on our organized trips, not only to America.

On the other hand, we also understand those who prefer to go as lone-riders, answering to themselves only. However, it is still impossible to cross the Ocean with a motorcycle on your back. We can help by shipping your ride over to Chile. We even have proprietary cages, and if packing motorcycles for shippping were an Olympic discipline, we’ like to think we’d get a medal. Find out more here.

Do you feel MotoBirds could be of help? Take a look at the main page and decide whether you’d like to give us a try by joining one of our tours, or by shipping your bike! 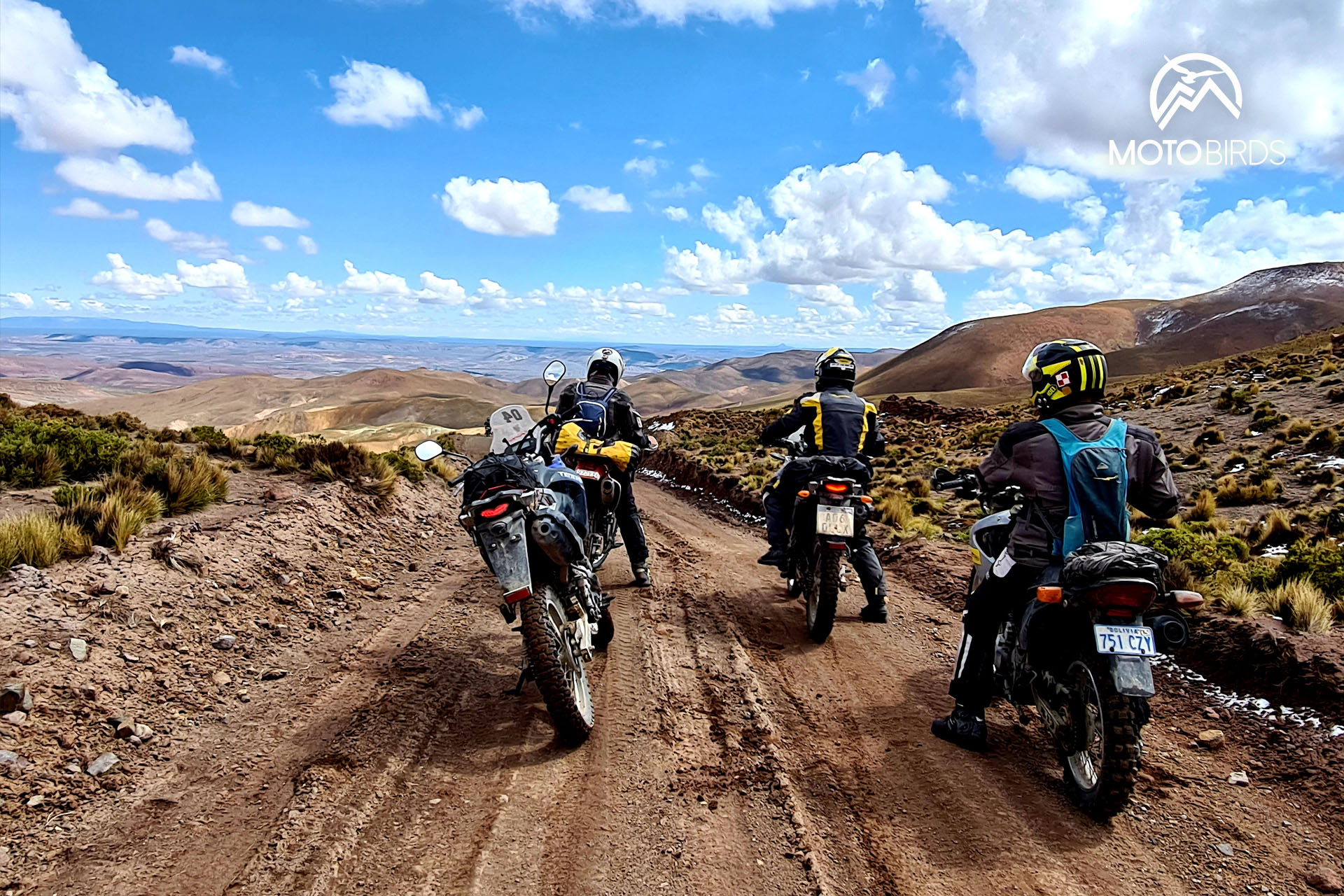 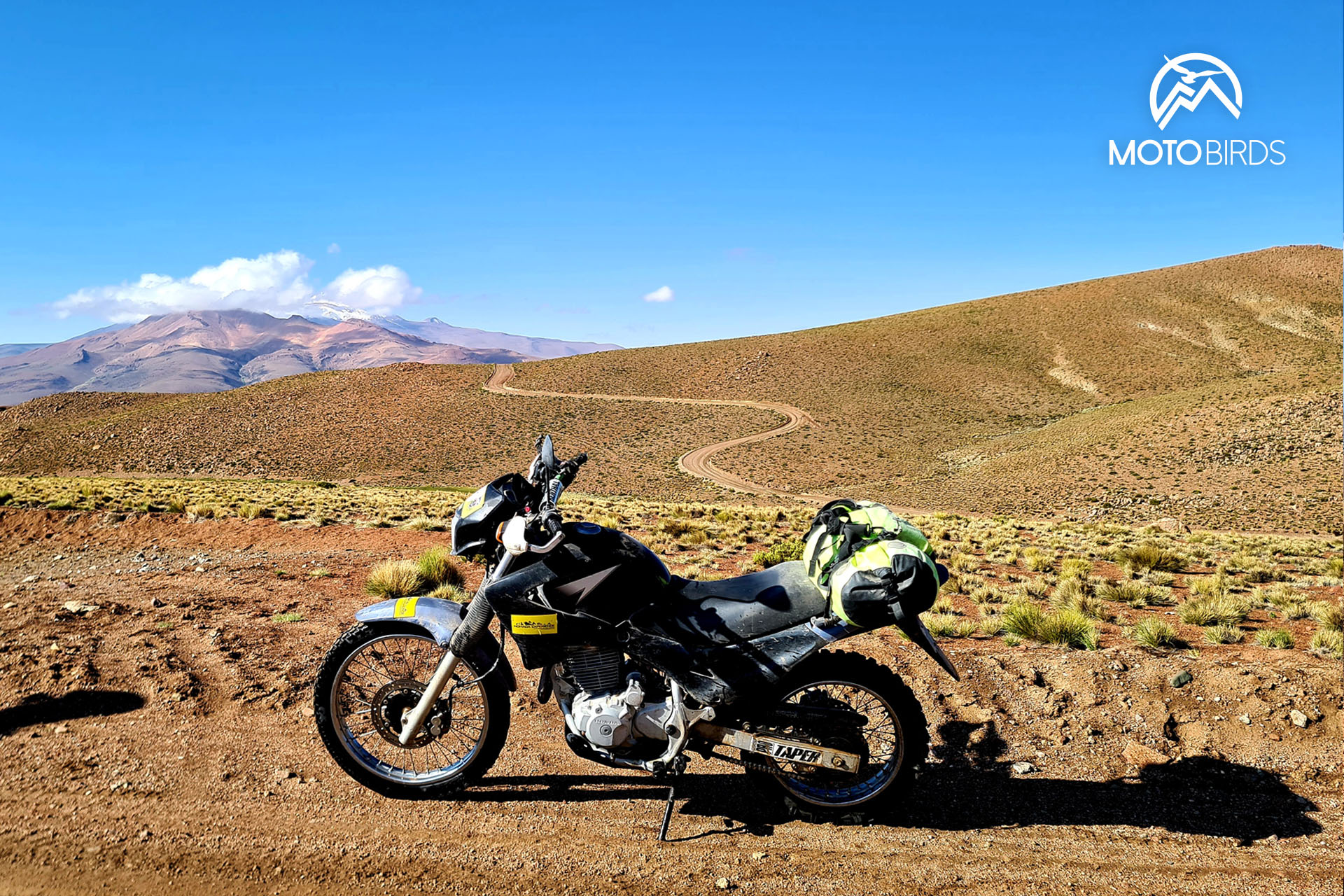 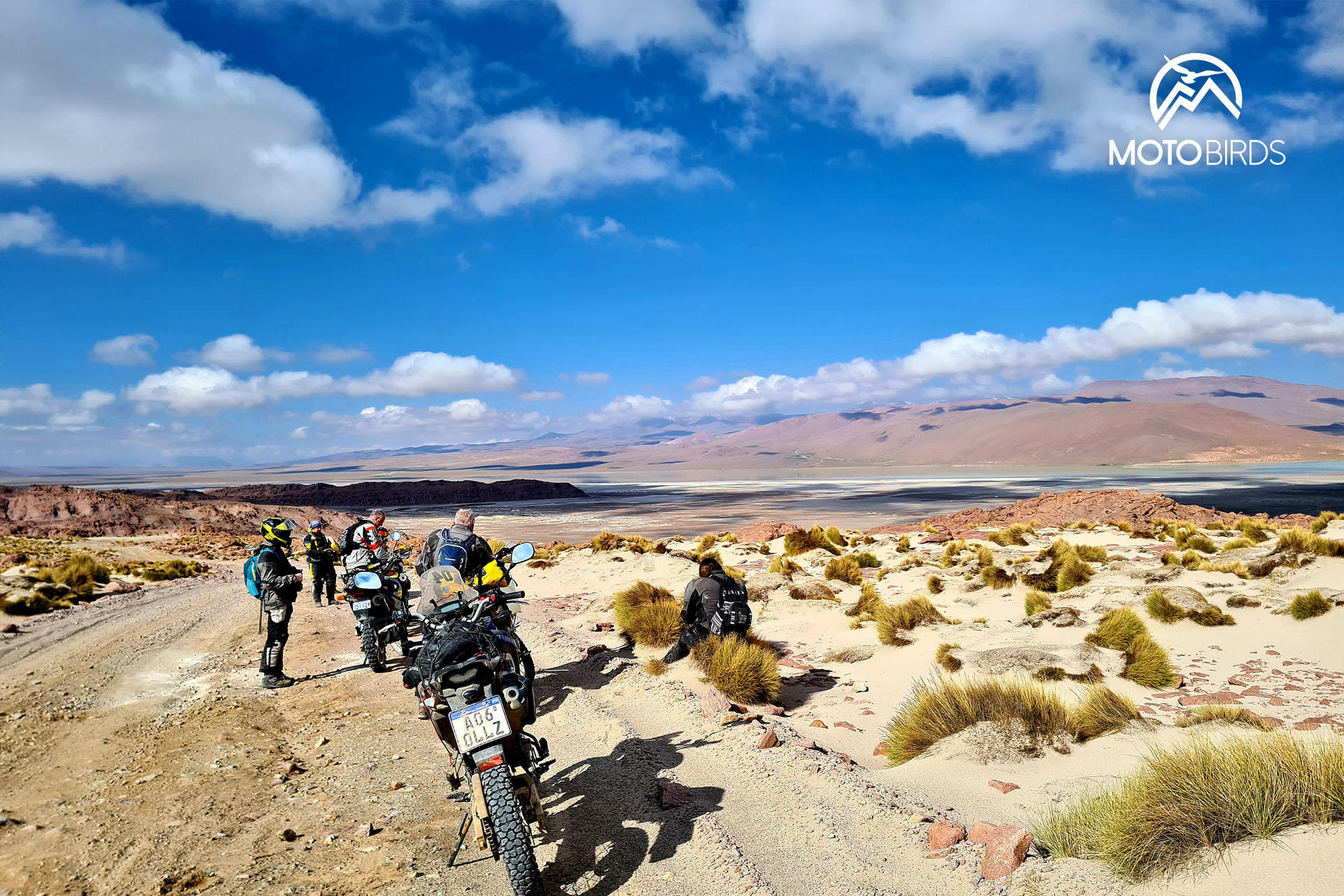 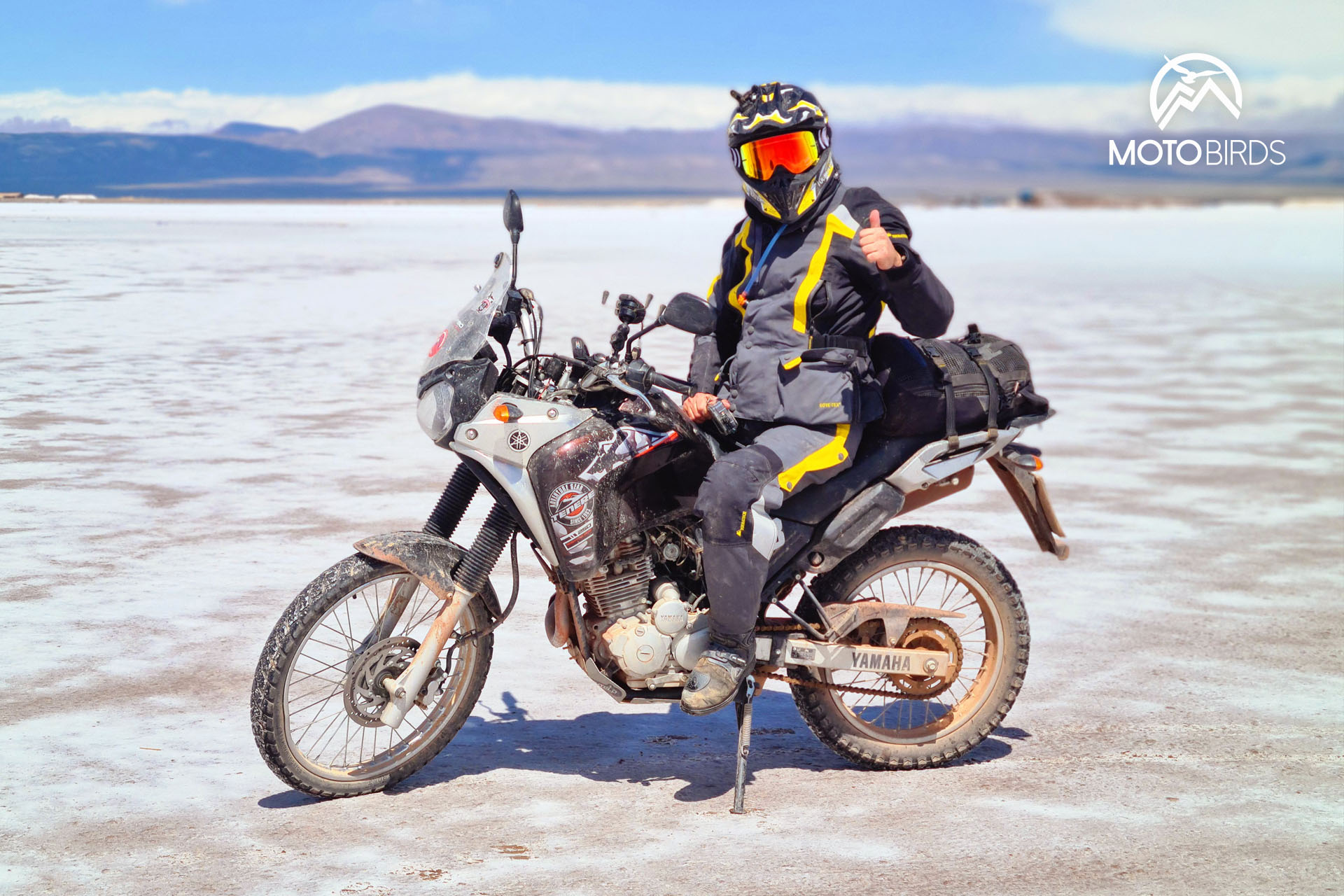 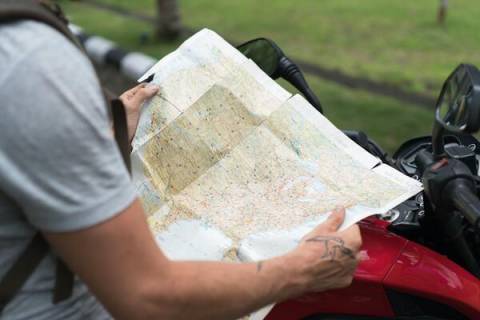 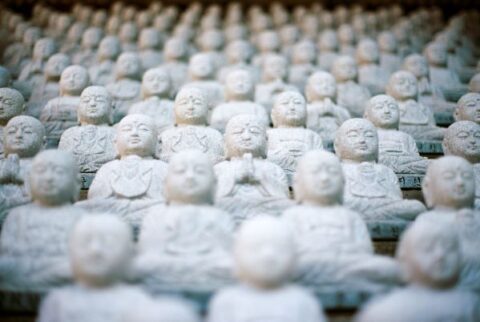 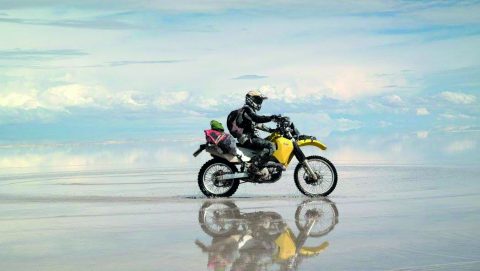