What could be better than spending your Christmas dreaming of new adventure motorcycling routes?

It’s winter holidays, and with the New Year coming up, this is the ideal time to start plotting your next motorcycle escape. Whether you’re thinking of going on a motorcycle tour or designing your own route, we’re here to help. They say that the journey matters more than the destination, and we couldn’t agree more – but you still need a rough route to get going, right?

Here are our hottest adventure motorcycling routes in 2020.

When it comes to the best adventure motorcycling routes, Central Asia has always had a certain draw for adventure riders. Home to the legendary Silk Road, an ancient merchant route connecting Europe and Asia, and boasting spectacular scenery as well as some of the best off-road riding on the planet, Central Asia remains one of our favorite destinations for motorcycling. But which countries should you pick?

Kazakhstan, the gateway into Central Asia, is usually just a transit country for most riders as it’s flat, hot, and not overly exciting. Tajikistan and Kyrgyzstan, on the other hand, are worth exploring as both of these countries encompass the awe-inspiring Pamir Mountains, a range higher and, according to some, more majestic than the Andes. Stunning mountain scenery, unique local culture, unlimited off-road riding, and the feeling of traveling through a wild, ancient land are all excellent reasons to pick Central Asia for your next two-wheeled adventure. 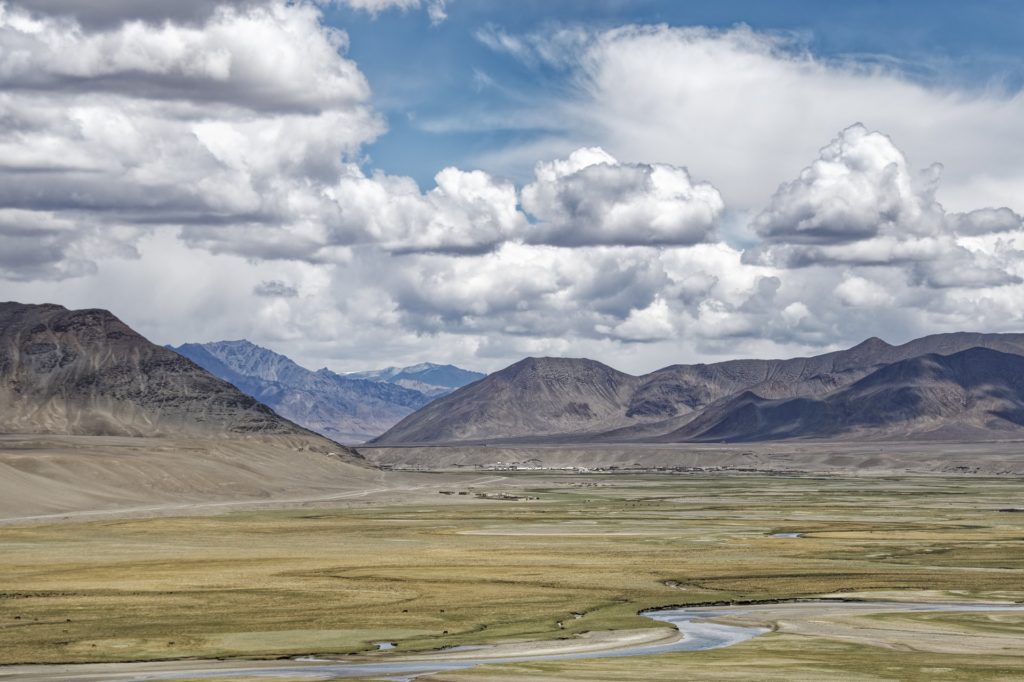 The landscape of Tajikistan.

Keep in mind that the riding season in Central Asia is short, so plan accordingly. The best time of the year to ride Tajikistan and Kyrgyzstan is mid-July through to the beginning of September. Fuel availability might be sparse in some regions, especially if you’re planning to ride off-road, so be sure to get a larger tank or carry fuel with you so you have at least a 350-400 kilometer range.

South America is a continent of wonders when it comes to motorcycling. However, if you’re looking for something truly unique, aim for the Lagunas Route in southern Bolivia. The route itself is short, but the riding is just out of this world. Situated at high altitude – around 5,000 meters above the sea level – the Lagunas Route takes you across the wild, sparsely inhabited high desert of the Bolivian Andes. The notorious Salvador Dali desert, the moonlike landscape of the salt flats, the bright green, red and white lakes inhabited by pink flamingos, and the tiny indigenous villages along the way make you feel like you have been just transported to another planet. 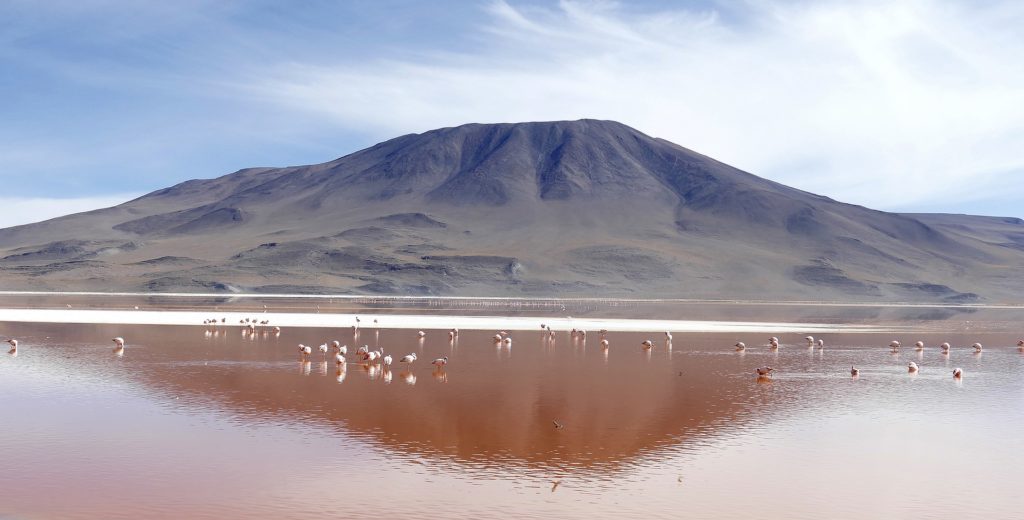 We recommend starting your ride in San Pedro de Atacama, Chile and ending in Uyini, Bolivia, where you’ll have the chance to explore the Salar de Uyuni, world’s largest salt flat visible from space. From there, you may travel towards La Paz and ride the infamous Death Road, or turn westward and enter Peru at Lake Titicaca.

The best time of the year to ride the Lagunas Route is April through to November. December to March is rainy season in Bolivia, and the Salar de Uyuni is often under water during this time.

Although the Lagunas Route is remote and may appear unpopulated, there are small villages on the way where you can find lodging, food, and fuel. A 250-kilometer range is more than enough, as there is fuel in the larger villages along the way. 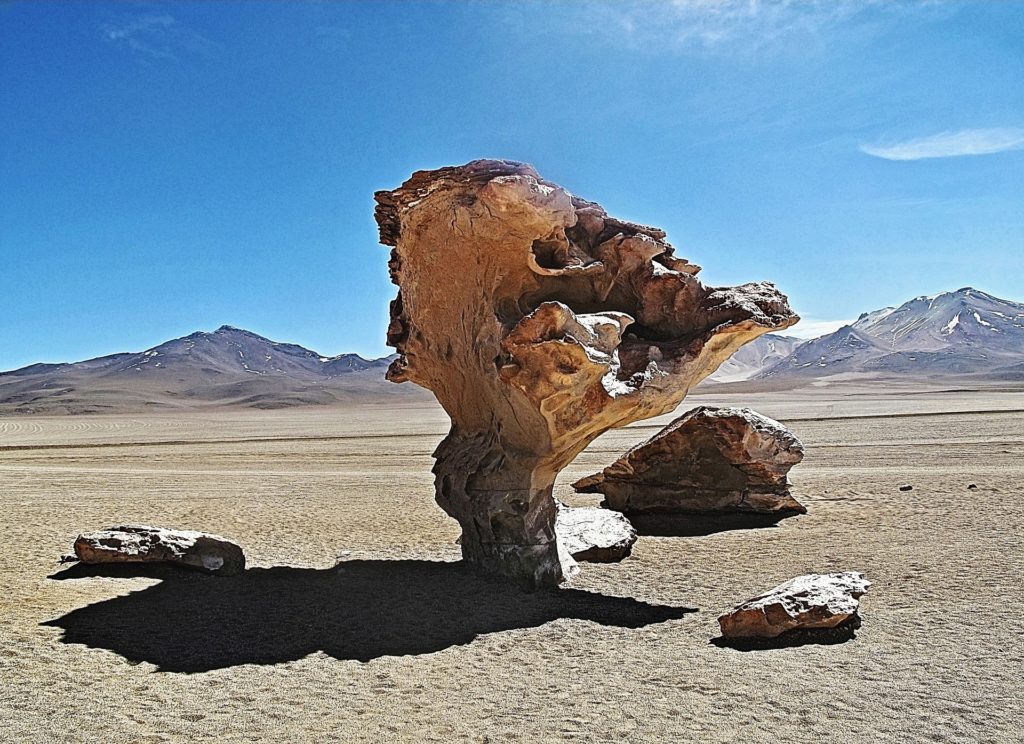 Motorcycle touring in the Himalayas is a once-in-a-lifetime experience. The highest mountain range in the world, the Himalayas reveal jaw-dropping vistas around every corner. Traveling the Manali-Leh route in Ladakh, Northern India, you will experience some of the best riding in the country both on and off the road. 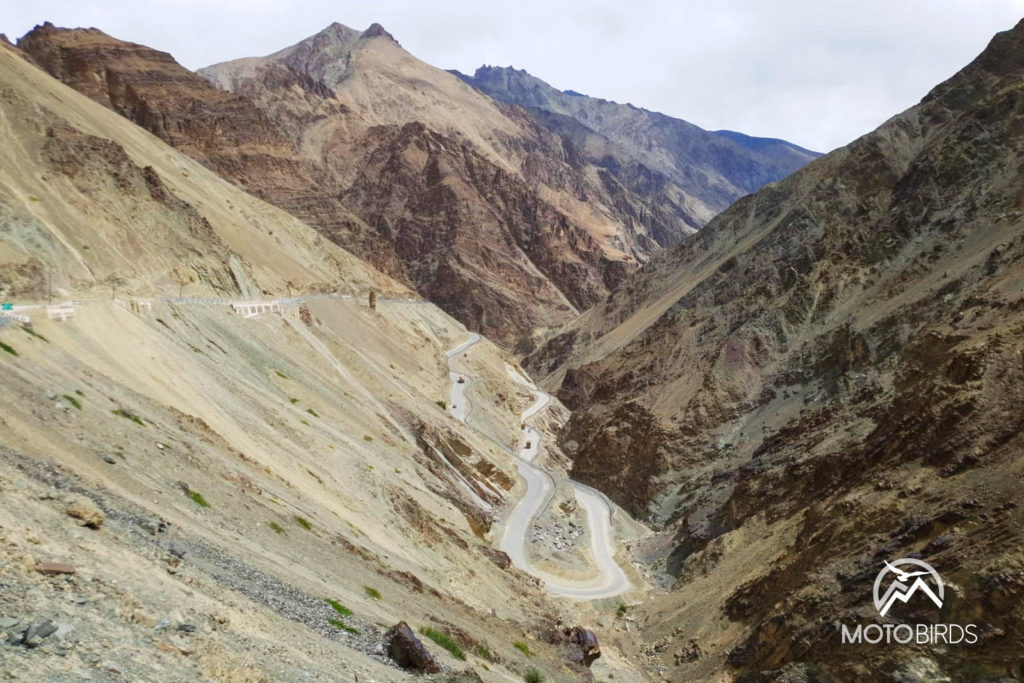 Sheer drops and looming snow-capped peaks, hidden valleys and gorges, mysterious Buddhist temples perched atop clifftops, and meandering mountain roads will leave you breathless both figuratively and literally, as the altitude here is over 3,500 meters above sea level. At Khardung-La, the highest motorable mountain pass in the world, altitude reaches over 5,300 meters.

The entire Ladakh region is dry all year round, but during the winter months, some of the mountain passes will be covered in snow. The best time to ride the Indian Himalayas is from June through to September. There will be plenty of food, accommodation, and fuel options on the way. 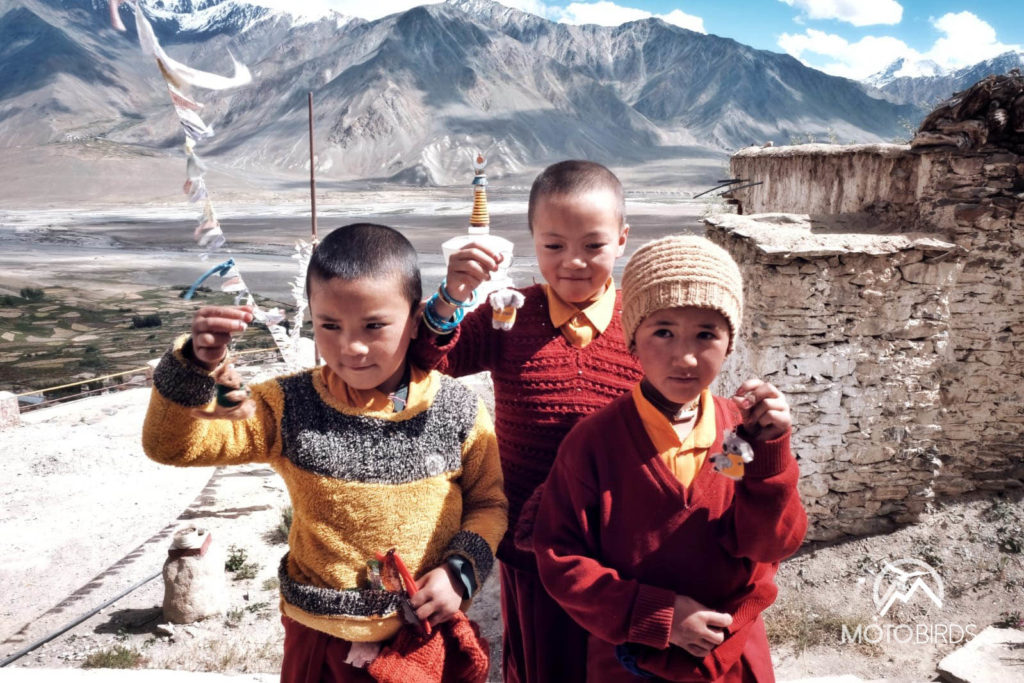 These three adventure motorcycling routes made the top of our list because while they are relatively easy to access, they are, at the same time, remote and extraordinary. When designing motorcycle tours and scouting new routes, we always keep in mind that the people who ride with us want to experience real, raw adventure. Central Asia, Bolivia, and the Himalayas are the three places in the world where that is still possible in the truest sense of the word.

Where will you be riding in 2020? Let us know in the comments below! 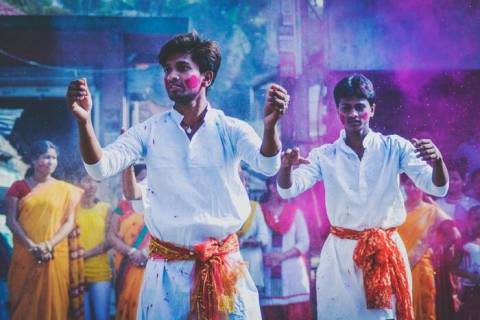 Motorcycle tour through the world – the mosaic of cultures

How to taste life on motorcycle adventure

Where to go on a motorcycle tour? Here are 4 places that will surprise you

This website uses cookies to improve your experience while you navigate through the website. Out of these cookies, the cookies that are categorized as necessary are stored on your browser as they are essential for the working of basic functionalities of the website. We also use third-party cookies that help us analyze and understand how you use this website. These cookies will be stored in your browser only with your consent. You also have the option to opt-out of these cookies. But opting out of some of these cookies may have an effect on your browsing experience.
Necessary Always Enabled
Necessary cookies are absolutely essential for the website to function properly. This category only includes cookies that ensures basic functionalities and security features of the website. These cookies do not store any personal information.
Non-necessary
Any cookies that may not be particularly necessary for the website to function and is used specifically to collect user personal data via analytics, ads, other embedded contents are termed as non-necessary cookies. It is mandatory to procure user consent prior to running these cookies on your website.
SAVE & ACCEPT