If your bucket list does not include Mustang, you should probably reconsider! Upper Mustang and Nepal have for a long time been one of the most preserved areas in the world, due to their relative isolation from the outside world. After 2 years of additional forced COVID shutdowns, the borders are finally open again! This MotoBirds tour takes you to Upper Mustang, one of the more remote areas of the Himalayas. This region has been spared mass tourism and is not only a gem for motorcyclists, but also a highlight for culture and wildlife enthusiasts. We’ll go to places like Muktinath, cross the longest hanging bridge in the World in Kushma, and also visit the Jungle of Chitwan – a unique ecosystem where we will go on safari to have a chance to spot the Nepalese big 5: elephant, tiger, (one-horned) rhino, gaur, and clouded leopard – from the backs of elephants!

In the heart of the Himalayas, this motorcycle tour will take you along the most scenic tracks and roads of Upper Mustang. It won’t be all easy and you can expect some technical sections, sand, and a lot of potholes as we make our way through the mountains.

Chinese influence is growing fast though, bringing along major road building projects. Therefore, the window of opportunity to enjoy the real, authentic and raw Mustang is slowly closing. Eight of the world’s 8000m peaks are in Nepal: expect a scenery like no other, as we ride surrounded by these giant mountains. We also will have more than a touch of local culture with 1000 year old monasteries and traditional village visits.

Expect a fantastic mix of great riding, jaw-dropping scenery – and also enough time to get a good feel for the country, its culture and people! 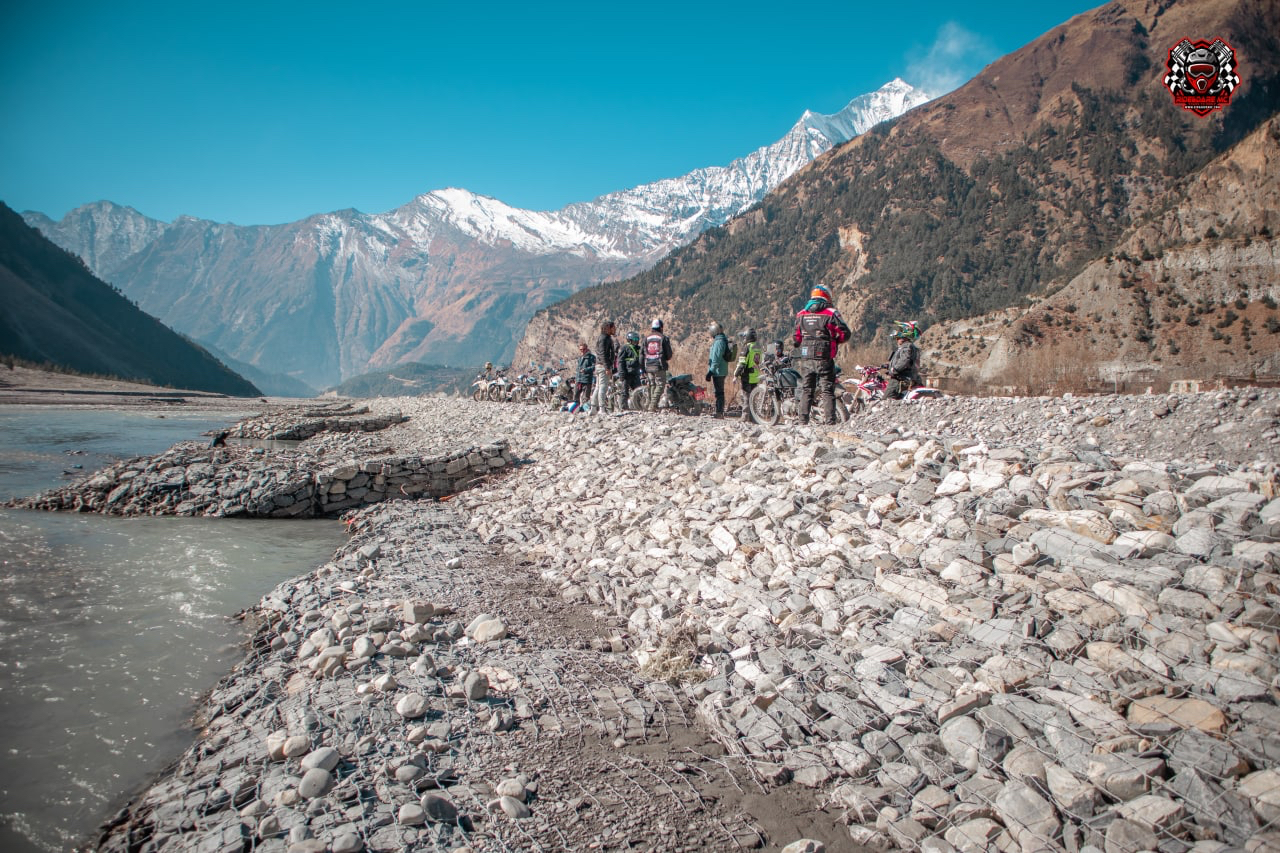 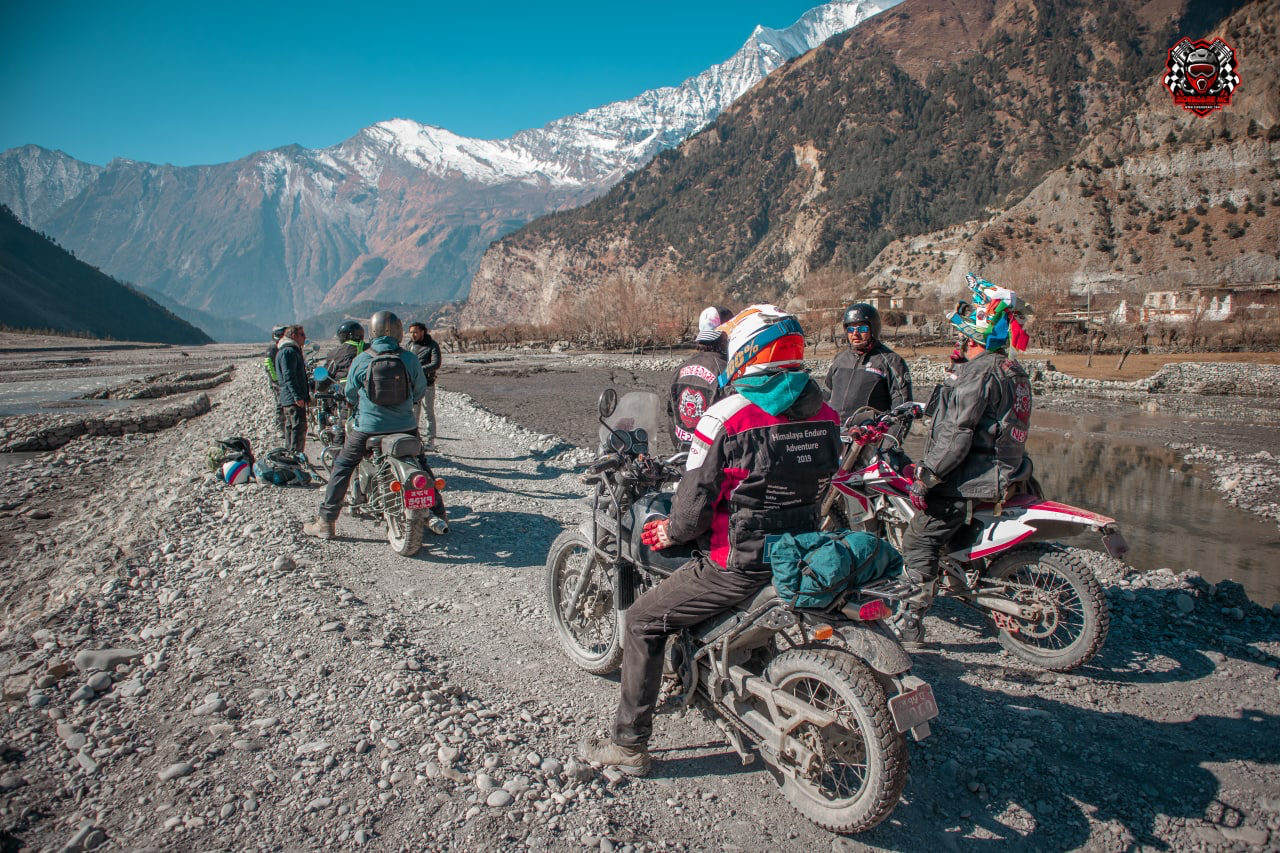 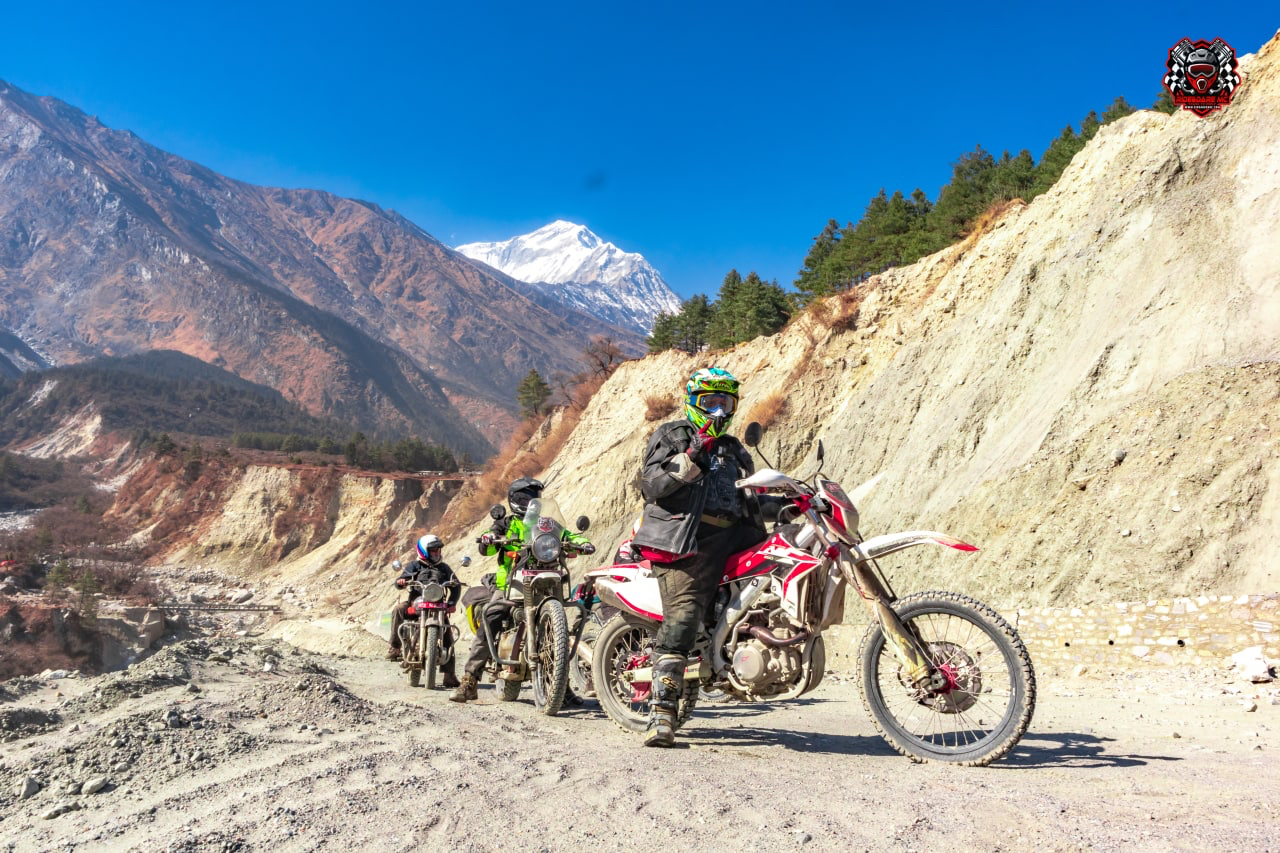 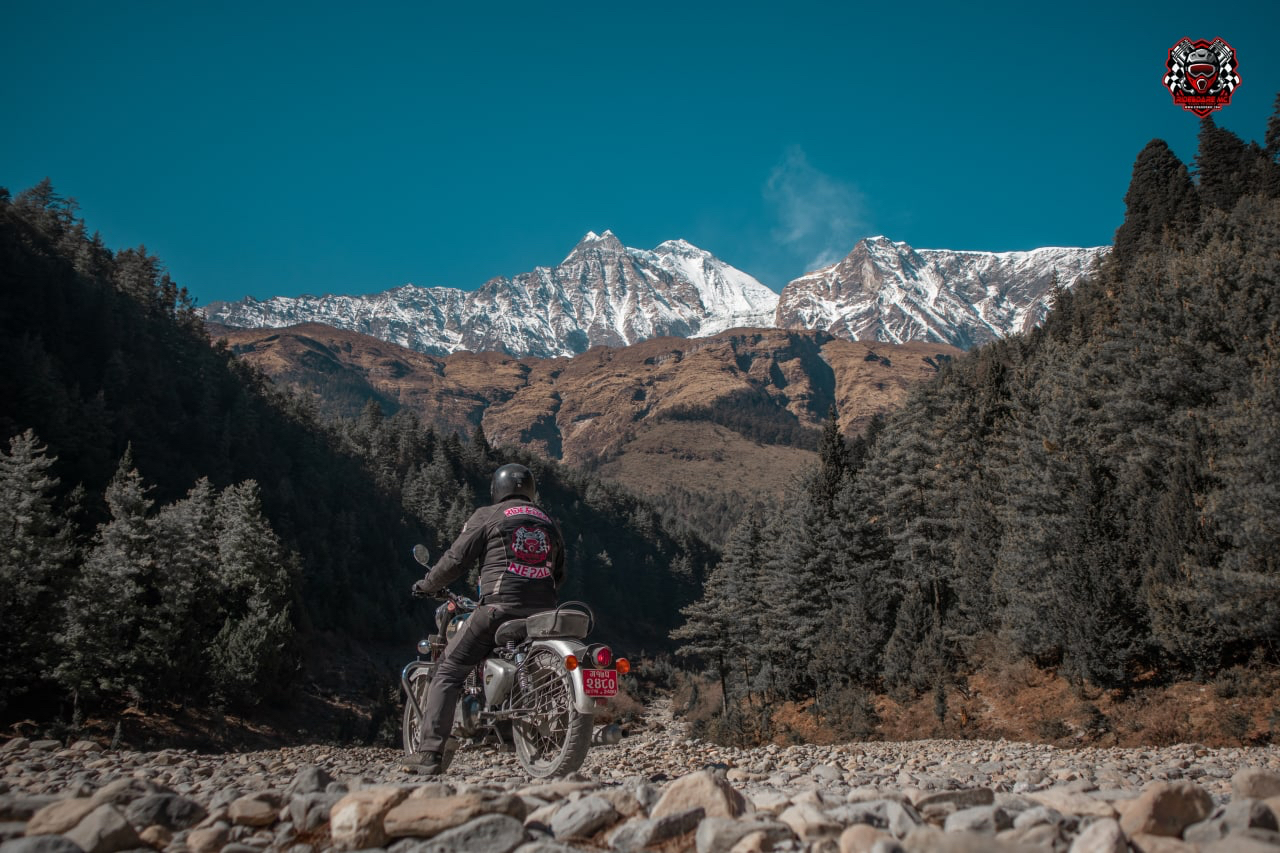 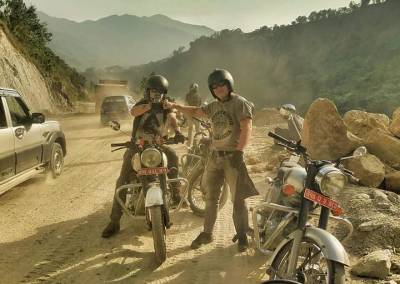 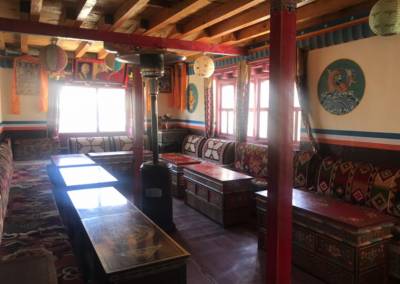 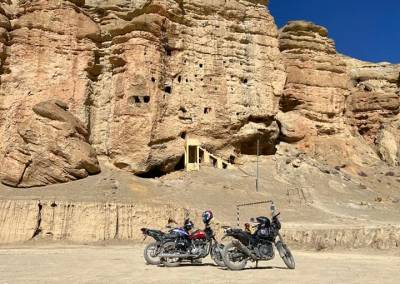 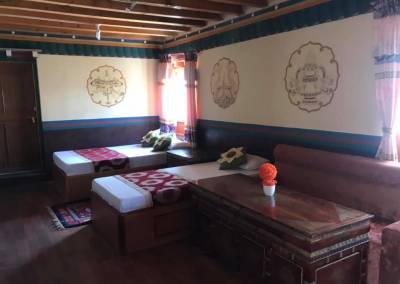 During our tour, the weather’s expected to be dry. However, we’ll be at high altitudes, where storms can always occur. Packing some waterproofs and warm layers is certainly a good idea!

Wearing adequate riding gear is an individual responsibility. We strongly recommend “adventure” or hard-shell type boots for this ride. Bring your own gear.

To enter Nepal you need a visa. It can be done online for most nationalities: https://nepaliport.immigration.gov.np/online

We will be traveling at very high altitudes, be sure you have sunscreen and sunglasses.

During your trip, especially when crossing the highest mountain passes, you may feel symptoms of altitude sickness (AMS). Remember that you must drink a lot of water to minimize this risk.

Local driver option for participants traveling in the car.

Accommodation in 3 * hotels, guesthouses or villas, in twin or triple rooms. Breakfasts and lunches are included in the price (except lunches in Kathmandu). Upon request, subject to availability, it is possible to organize a single room - against an additional fee of EUR 70 / night.

The entry permit to Upper Mustang (US$500) is included.

Basic travel insurance. Upon request and with additional fee, we can offer additional insurance, covering for example the costs related to no – show on the tour due to Covid -19. Tourist Guarantee Fund fee. Tourist Support Fund fee. Third-party liability insurance for the motorbikes.

After the tour participants will receive photos of the tour, GPX tracks of the route and a commemorative poster.