Bhutan is the last of the Buddhist Himalayan kingdoms. It survived despite two giants – China and India. It is situated entirely in the mountains: twenty summits of which are higher than 7000 m. Only 750 thousand people inhabit this country, but almost all of them are reportedly happy: It is no wonder that the idea of Gross National Happiness (GNP) was first invented exactly in this tiny Himalayan Kingdom, and is now perceived as an intangible contribution of the Fourth King of Bhutan – Jigme Singye Wangchuck to the world.. Gross National Happiness is a subject of an annual assessment conducted by the designated royal institution. The studies on happiness of Bhutan citizens have been conducted for 40 years now. The officially released results indicate that as much as two-third of Bhutanese people consider themselves as fortunate. What is more, Forbes ranked this relatively poor country, in the top ten of the happiest places in the world.
Bhutan slowly opens to the world, albeit following its own mysterious rhythm. The first motor vehicle arrived in the country in 1961. Towards the end of the 1960s the so-called “ celestial road of a thousand bends” was completed. Till now, it is only a 3.5 meters wide asphalt ribbon. Radio broadcasting started in 1973 only. It is only from 1999 that it became possible to waste one’s life watching TV. The Internet was eventually introduced in 2000. The first tourists only came to Bhutan in 1974.

Undoubtedly, Bhutan is an exclusive destination. A journey to Bhutan is not only about coming from far away, but it is also a time travel experience. In Bhutan there are still over two thousand monasteries and gomps, and every major city has its dzong – a distinctive Bhutanese fortress. Houses in Bhutan are built according to a traditional model. Bhutanese people wear colorful national costumes every day. Is Bhutan the last Shangri La – the mythical land of happiness? According to James Hilton, the author of Lost Horizon, Shangri La is located somewhere in the Himalayas and is governed by righteous lamas. Shangri La is obviously a fictional utopian lamasery, however, those who have searched the land, agreed that Bhutan is a happy, beautiful place.

After visiting Shangri La, at the end of the tour you will have a chance to visit Manas National Park with its extremely rich wildlife, including the highly endangered Royal Bengal tiger, Asian elephant, greater one-horned rhinoceros, clouded leopard, Himalayan black bear, dolphins and pangolins.

Check it out for yourself, join us and pack your bags! 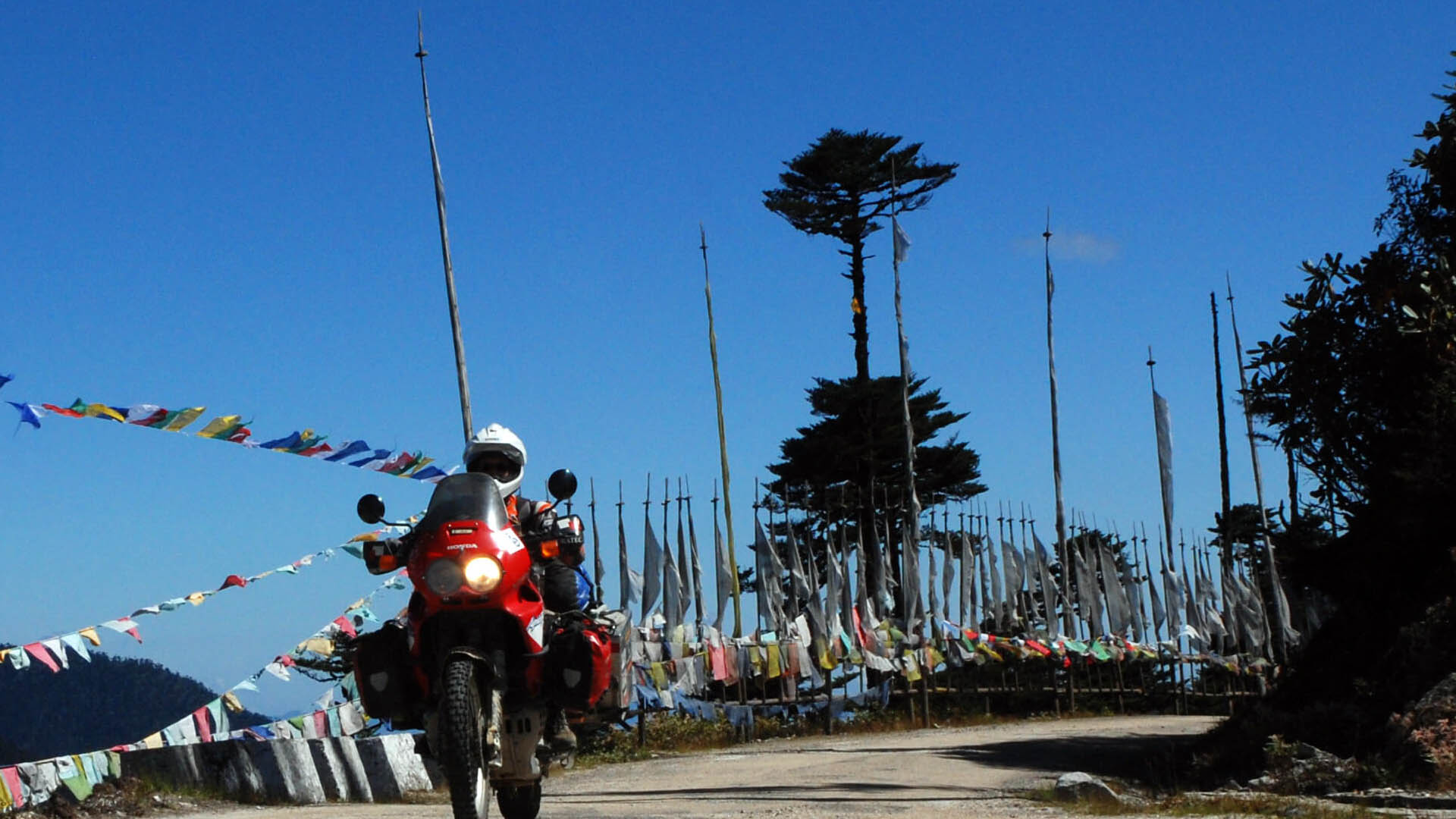 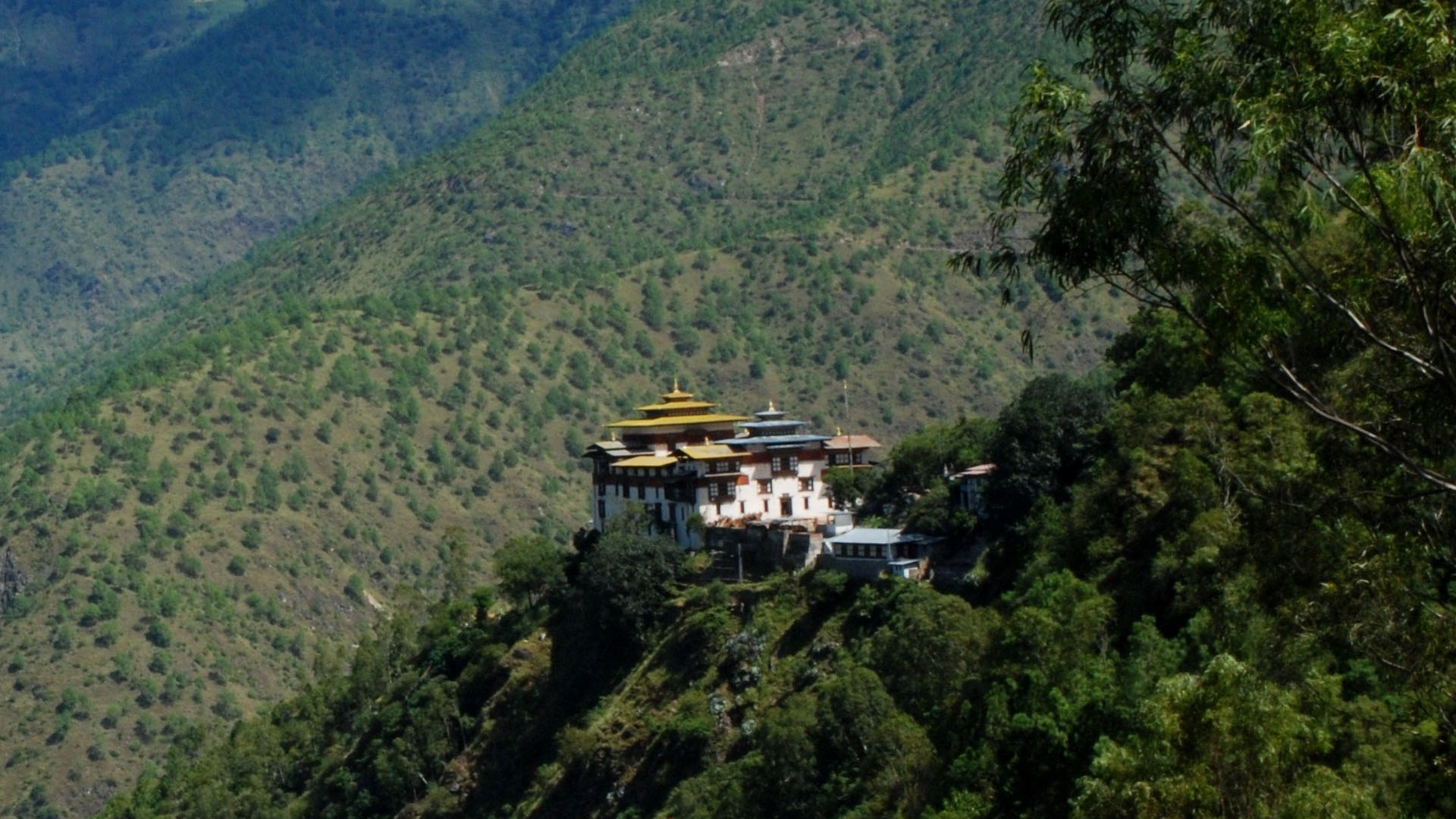 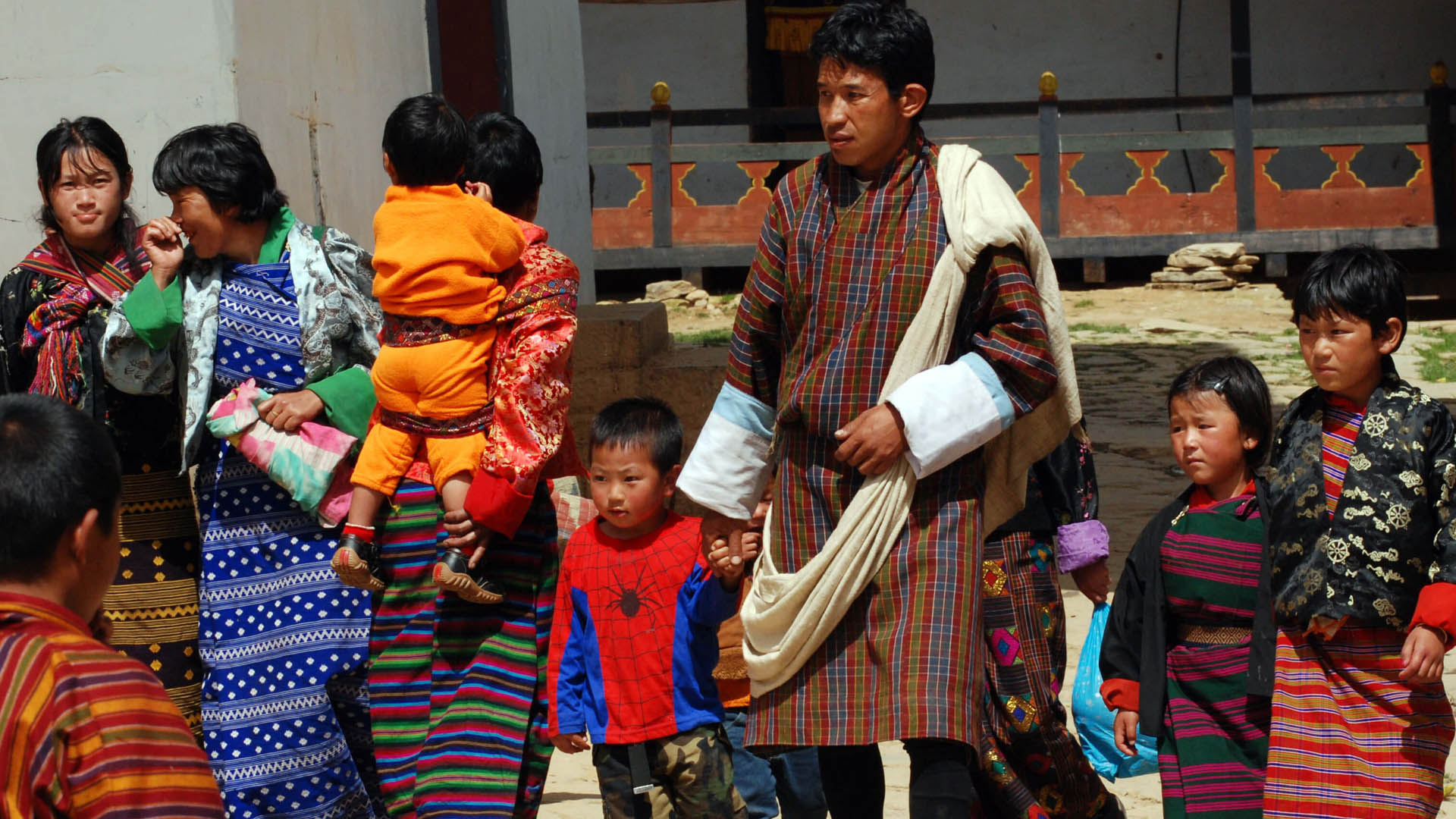 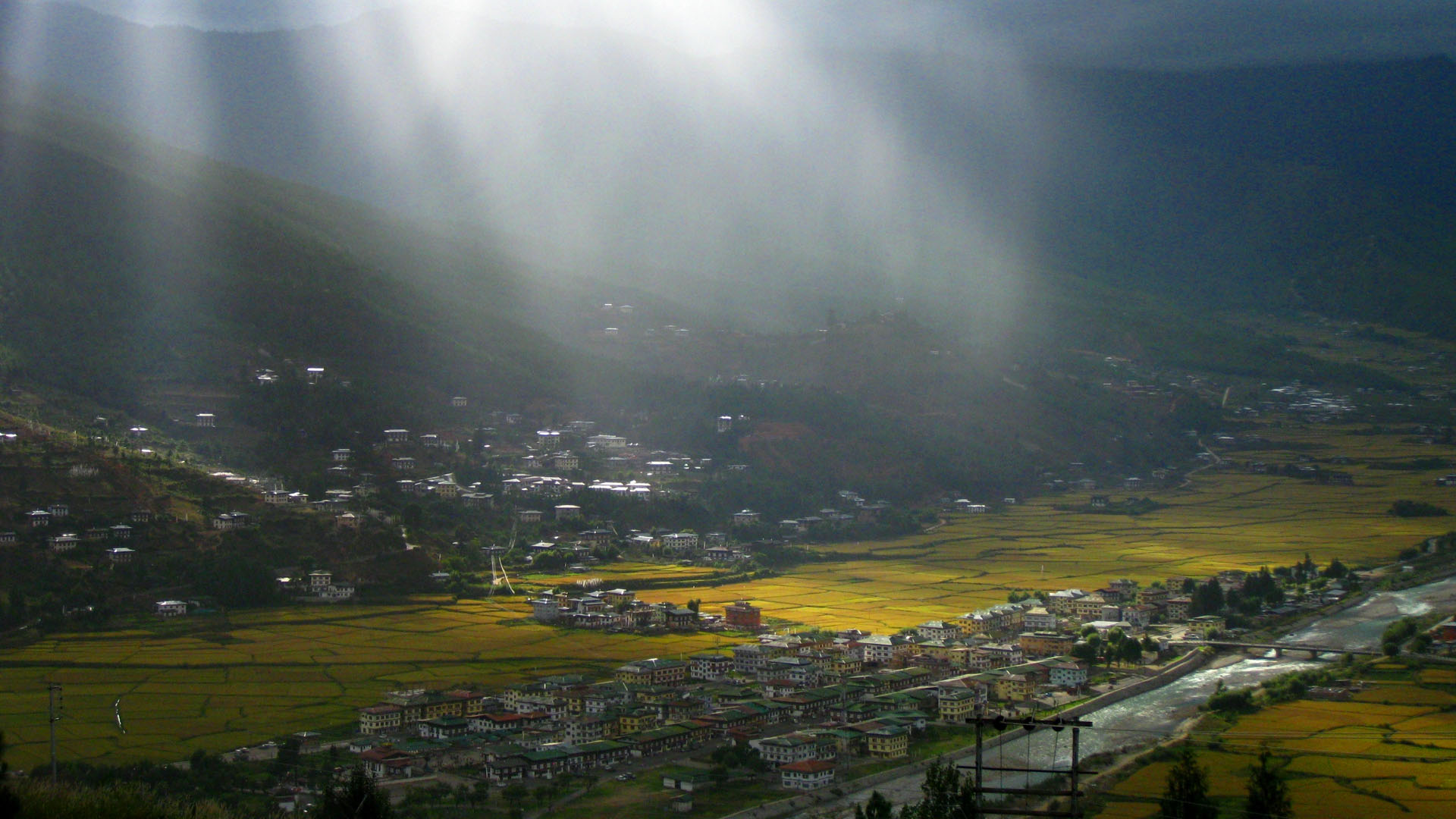 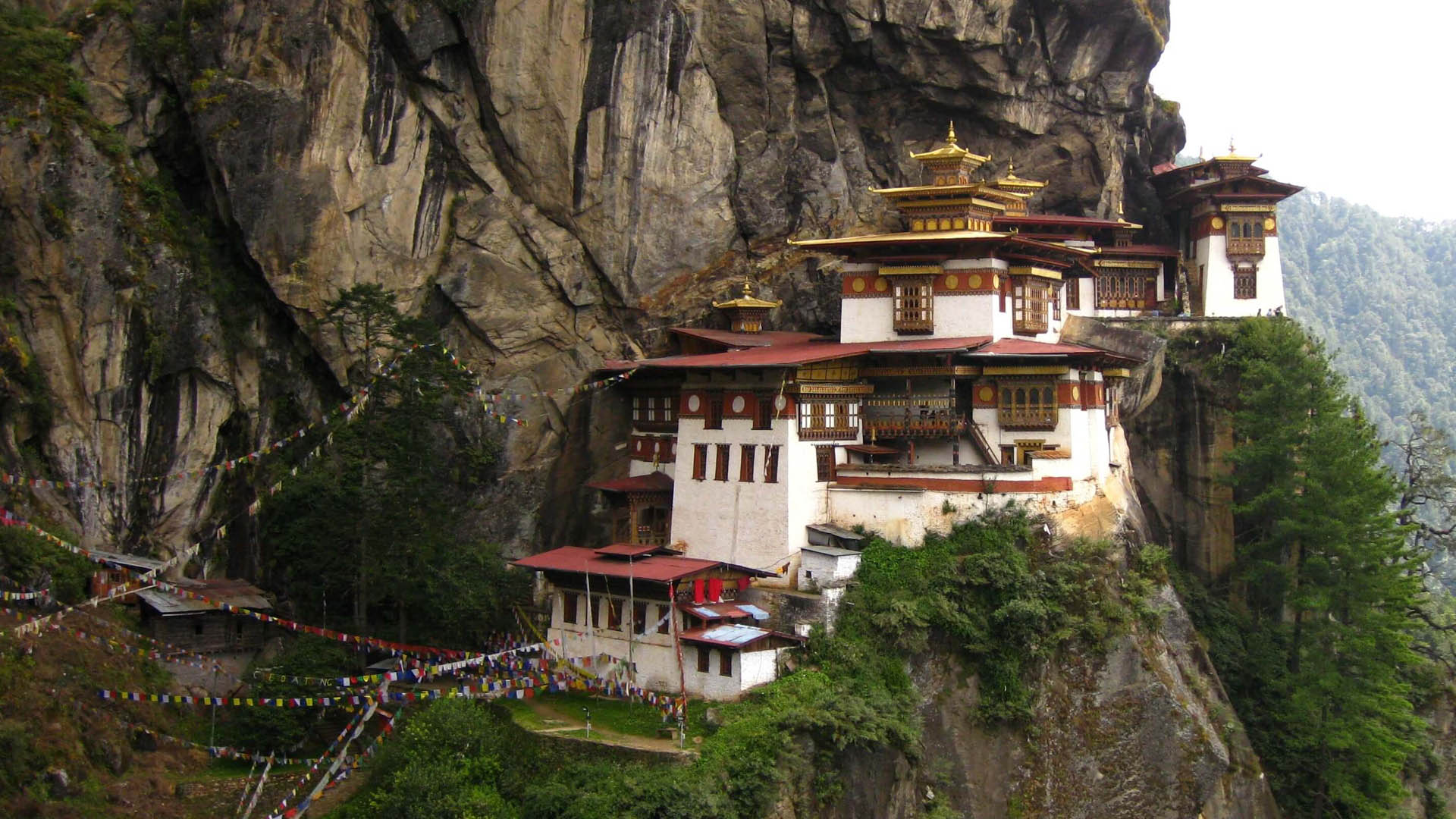 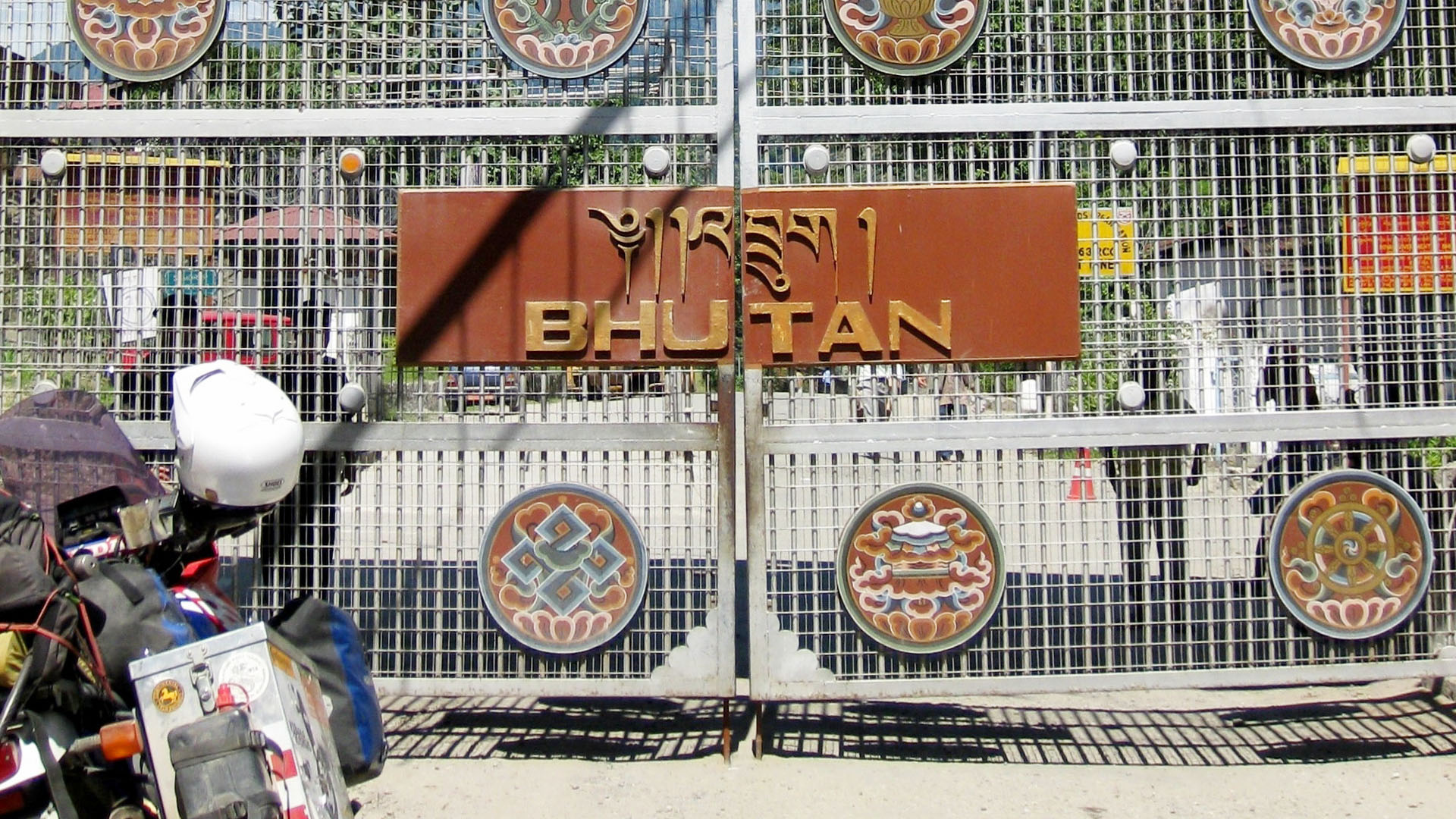 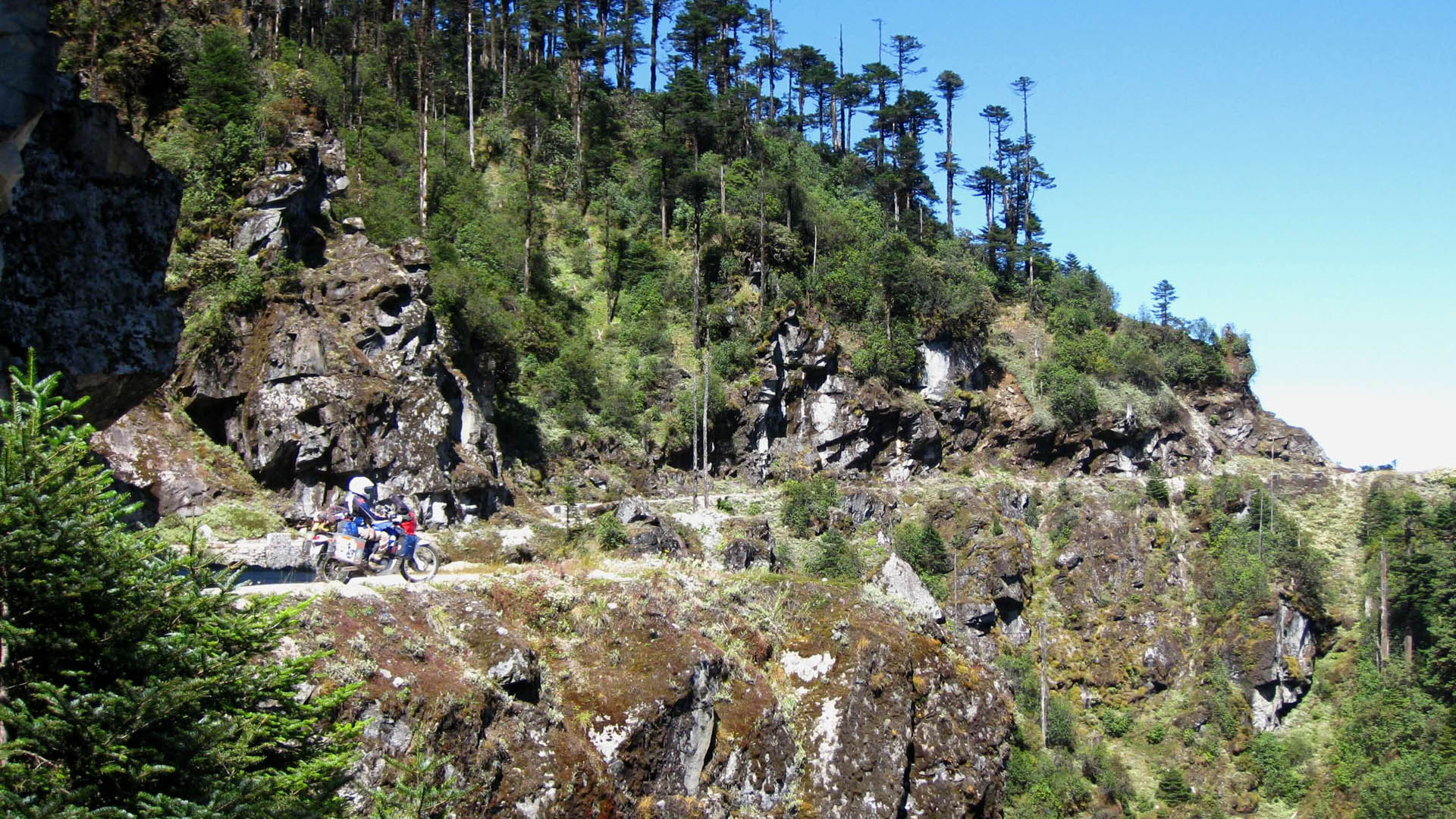 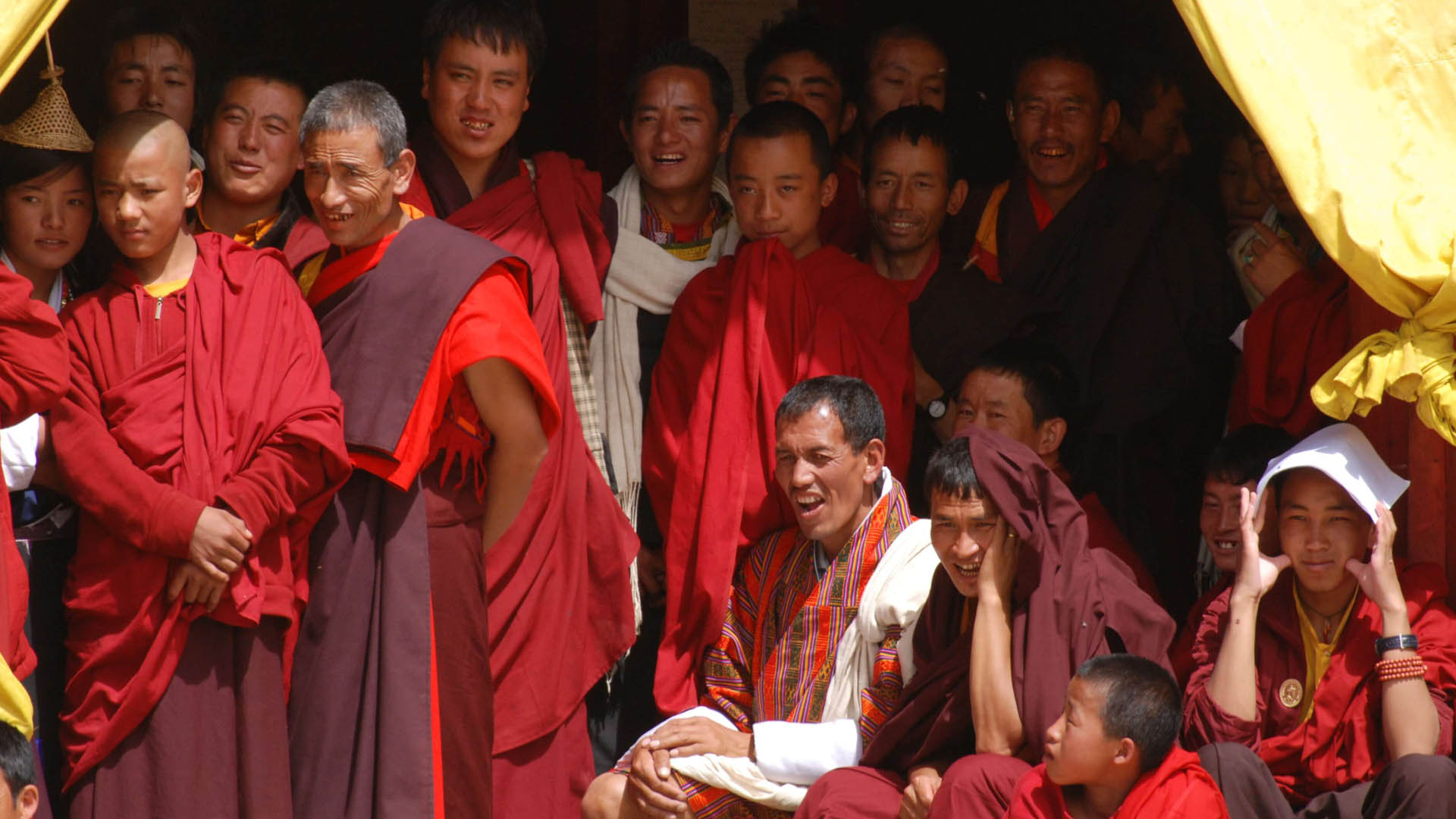 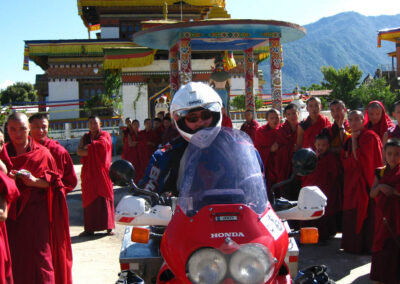 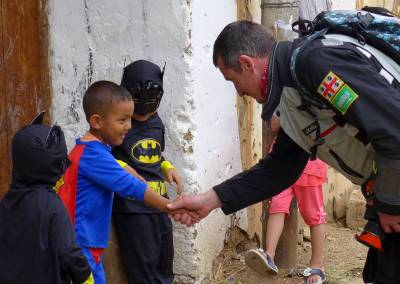 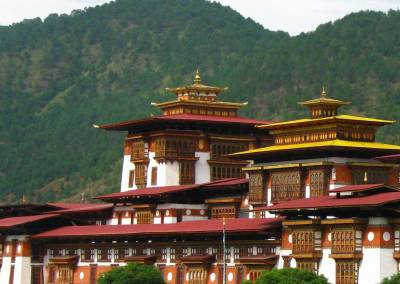 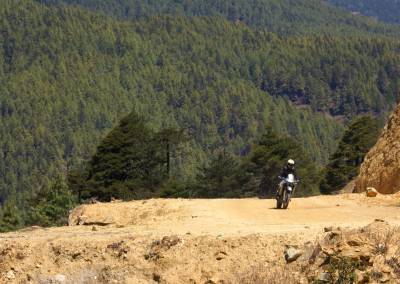 The weather at this time of year is generally sunny, but as always in high mountains things can change quickly. It is much cooler at night. During the day, the temperature varies between 15C and 20C. On the Indian side expect much higher temperatures.

Wearing adequate riding gear is an individual responsibility. We strongly recommend “adventure”. Bring your own gear.

Our trip starts in Paro. Paro Airport is Bhutan’s only international airport. Bhutan’s two national carriers are Drukair and Bhutan Airlines. There are several cities to fly from, but the most common flights depart from Bangkok, Delhi, Singapore and Kathmandu.

Our trip ends in Guwahati. There a number of daily cheap flights from this airport to Delhi operated by different Indian airlines, eg. GoFirst, IndiGo, SpiceJet, AirAsia.

Considering the starting and ending points of the trip and the fact that both of them are well connected by air with Delhi: we suggest you arrange your intercontinental flight to/from Delhi, and from there take the local flights to Paro and from Guwahati. Please remember to arrange your tickets in advance.

In most of the hotels in Bhutan you can pay with a credit card. However we suggest changing some cash in Ngultrum (Bhutanese money) for souvenirs and personal expenses.

MotoBirds will arrange the Bhutanese tourist visa for you. However, each participant is responsible for arranging his tourist visa for India. For most nationalities it can be done online – we will provide you with the guidelines.

DAY 11
Fly out from Guwahati.

Assistance of a MotoBirds guide and local guide. All support staff will be equipped with 2-way radios.

Mechanic support, daily maintenance and periodic service are included in the tour price.

Accommodation in 3 * hotels, guesthouses or villas, in twin rooms. Breakfast, lunches and dinners are included in the price. Upon request, subject to availability, it is possible to organize a single room - against an additional fee of EUR 70 / night.

Basic travel insurance. Upon request and with additional fee, we can offer additional insurance, covering for example the costs related to no – show on the tour due to Covid -19. Tourist Guarantee Fund fee. Tourist Support Fund fee. Third-party liability insurance for motorbikes.

After the tour, participants will receive photos of the tour, GPX tracks of the route and a commemorative poster.